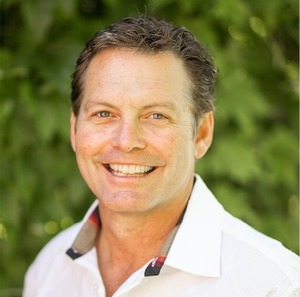 ★★★★★
"While living in California, Jeff Kelly found me an incredible riverfront property, helped negotiate the price with a great discount off the asking price, and then helped with getting all the needed inspections etc. done. Then, after completing the purchase he found all the right architects, engineers, etc. to get the plans approved by the county for a new home and a remodel on the secondary dwelling unit on the property. We ended up not being able to move from Colorado because of business and elected to sell the property. Again, Jeff handled the entire project. I think we had our first offer within a week and then the final offer we accepted within 2 weeks, and this was at a time of year when things were not selling quickly. I can’t recommend Jeff more highly. He became a friend. My wife and I had a great time socializing with Jeff and his wife. We will eventually buy another home, and of course, we will call upon Jeff for his help and expertise." - Steve M.

★★★★★
"Jeff was great to deal with. This is our third home that we have bought or sold with him. He is a straight shooter and I appreciate that." - Josh J.

★★★★★
"Earlier this month, Jeff Kelley sold our home in Aspen Glen. What a pleasure Jeff is to work with, he is a terrific listener and advisor who promptly follows-up on every detail. Jeff goes above and beyond to do things you wouldn’t expect of a real estate professional. We were out of town during much of the sale process. Jeff jumped in to do much of what would normally be the owner’s responsibility and brought our home to closing a week earlier than we had expected. My wife and I originally bought the home from Jeff 10 years prior, he also represented us in the purchase of 2 adjacent lots, all before we had grandkids. With grandkids on the east coast, we decided we needed to make a move to be closer to them. Jeff has always been on the top of the details, with good advice but never pushy. Jeff’s only desire is to create a 100% delighted client, which he does!" - Richard K.

★★★★★
"This will be a review like any other, but hopefully very valuable for anybody that wants to buy/sell a house with Jeff. He was great – very patient and jumped through many hoops in a very unusual sale/purchase situation. Jeff was acting as the transactional realtor for the home I purchased from an inherited estate in Boulder County. He was professional and patient in completing the sale. We had to deal with trusts being transferred between two states and wrong names on certificates. It was complicated, but Jeff got it done. If I have have the opportunity to buy a house in the mountains, I'd use Jeff again for sure." - Paul G.

★★★★★
"Jeff is a true professional. His extensive knowledge of the local market combined with his understanding of our needs exceeded our expectations in our home search. We have just closed on our Colorado dream in a really tight market. Jeff was patient, positive and never pressured us. He kept the details on track with timely updates and clear communication. We highly recommend Jeff to anyone who wants a superior level of guidance through a real estate transaction. Thank you Jeff and Cailen. We now consider you friends." - Lynne

★★★★★
"Integrity. It's that simple. With real estate transactions, there are lots of moving parts. You need someone not only to keep track of all of them but to be honest in their presentation with no ulterior motives. Jeff will not only bring your deal together but he will do it so all parties feel good about the transaction." - Caleb

★★★★★
"Jeff is always smiling, always willing to help out his brokers and his clients and he definitely knows the mid-valley real estate market! It is my pleasure to work with such a wonderful managing broker." - Trudi

★★★★★
"Jeff was extremely helpful in the purchase of our home here in Carbondale. It was clear that he is a well respected member of the community and he was invaluable in putting us in contact with many key people during the process. We would highly recommend him." - Melinda

★★★★★
"As sellers, we always felt like Jeff truly cared about our selling experience. He had our back! His diligence got us an acceptable offer within 3 months of putting our home on the market. Jeff is just an all-around great guy."

★★★★★
"Jeff Kelley and his team were great to work with in general, but especially with advice on how to price our property. We look forward to working with him again."


​​
About Jeff
Jeff Kelley joined Compass in March of 2020. He has successfully represented both buyers and sellers in the residential and commercial markets from Aspen to Rifle for the past 17 years with an emphasis in the towns of Carbondale, Basalt and Glenwood Springs. As an avid golfer, Jeff specializes in the golf course communities of River Valley Ranch, Aspen Glen, Ironbridge and The Ranch at Roaring Fork.
Jeff and his family moved from San Clemente, California to Carbondale in 2001 where he continued his passion of teaching High School English and coaching football at RFHS and GSHS. However, after 12 years in the education field he desired a career change and become a real estate broker in 2006.
Jeff quickly established himself as a quick learner and closer in both the residential and commercial real estate markets via his contacts and connections throughout the Roaring Fork Valley as both a teacher and coach. In his first full year Jeff was the 2007 “Broker of the Year” for The Fleisher Company. After seven more years as a successful independent broker, Jeff decided it was time to open his own company and formed RiverStone Real Estate in 2014. In 2020, Jeff and a few of his team members became Riverstone | COMPASS. Since Joining COMPASS Jeff and his team members have completed over 112 transactions and over 100M of sales volumes.
Jeff credits his success toward his simple philosophy of representing his clients with respect, integrity, and professionalism. He also believes his “knowledge” of the local market is an undeniable asset to his client’s when they are trying to make a major decision of buying their first home, purchasing an investment property or signing a commercial lease.
Jeff and his fiance, Cailen Hollenback, live in Glenwood Springs (Ironbridge).  They are a very HAPPY blended family..... Jeff has two children (Jake 24, Lisa 21) and Cailen has 4 children (Cole 25, Morgan 22, Connor 19, Molly 14).  They enjoy river rafting down the Roaring Fork & Colorado Rivers, golfing, skiing, hiking, and annual beach trips to San Diego, CA or Kauai!