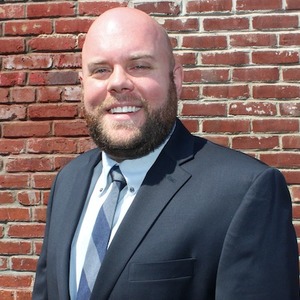 John has been working with The Capital Park Team since 2013, and is licensed in the District of Columbia, Virginia, and Maryland.
Prior to becoming a real estate agent, he spent seven years in sports media relations and television production, working for the Baltimore Orioles, Duke University’s Athletic Department, and ESPN. John has also worked in the restaurant business, including stints at local favorites the Tombs in Georgetown, Clyde’s of Chevy Chase, and Rustico Ballston.
He first lived in the DC area as a student at Georgetown University in 2000, where he earned a degree from the School of Foreign Service in Culture and Politics in 2004. John has lived in Georgetown, Burleith, Silver Spring, and Arlington (where he currently resides), and as such knows different parts of the DC area well. He also holds a masters degree in Broadcast Journalism from Syracuse University.
John is a big Georgetown basketball, Washington Nationals, and Boston Red Sox fan, and loves craft beer. He likes to travel when he’s not enjoying all that DC has to offer. John has been to all 30 Major League Baseball parks and counts his favorite U.S. destinations as San Francisco, New Orleans, and Key West. If you have questions for John, send him an e-mail at john@cparkre.com.