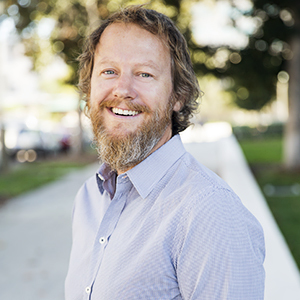 
About Johnny
Johnny Johnston hails from Vail, Colorado. He spent his youth frolicking through the Rockies adorned in lederhosen. His devastating good looks got him into Brown University and he headed East to study History, Literature and Architecture. Afterward, he moved to Los Angeles in search of the perfect Spanish villa. The search has lasted 20 years and taken him across the city. Sometimes, looking at property, he’d try to solve some of life’s more confounding questions. Do the laws of thermodynamics apply equally to the mid-century and craftsman? Does a modern home need a modern man? What is modern… and what is man? Toward this end, he went to seminary to pursue a Masters degree in Theology.

Johnny and his team have established themselves as one of the most respected real estate teams in the city. With a clientele steeped in the entertainment industry, he has represented principals from more than 20 countries and was in the top 1% of agents at Sotheby’s International Realty for over a decade before joining Compass to help it launch its Hollywood office.

Johnny, his wife (fashion designer Heidi Merrick) and their two children split their time between a Mediterranean compound in Silver Lake, an apple farm in Carpinteria and a ski lodge in Vail. Heidi forbids him from indulging in lederhosen, but late at night he still dares to dream.