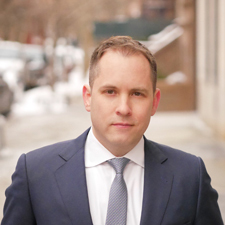 Nick Gavin and Josh Doyle have closed over $700 million in sales transactions since arriving to Compass in early 2015.

Consistently ranked in the top 1% 41,000 Sales Associates at NRT

The New York Times: The East Side Home of a Muse to Andy Warhol Comes on the Market

Forbes: Expert Tips On How To Revive A Listing

When it comes to New York City’s top real estate brokers, it’s difficult to pinpoint the most valuable characteristic. It helps to know the market. It helps to be visionary—and positive. It helps to be likeable, a keen listener, and a masterful negotiator.
With Josh Doyle, it all comes down to instinct. For nearly thirteen years, Josh sharpened his instincts gaining a surprisingly vast breadth experience. His repertoire includes new condominiums, sprawling downtown prewar lofts, luxury condominium rentals, 5th Avenue co-operatives, single family townhouses…even raw land. It’s made it easy for him to see the intrinsic value of property—and know, instinctively, how to do his job.
Josh grew up around real estate (his father is a and investor). After a brief stint at an advertising agency, Josh dove into real estate, first at an independent agency, then as co-founder his own real estate company. The company quickly grew to ten (and later 40), with Josh as general partner. In 2007, he joined Corcoran’s SoHo office after selling his company. After one year with Corcoran, he was recruited as partner on a top-producing team where he worked for several years and was awarded 2011’s “SoHo the Year.”
Josh and the members his team have historically ranked within the top 100 54,000 NRT nationally, making them a highly sought-after perspective on the market. Peers, landlords, tenants, homeowners, purchasers, developers, and investors all seek Josh’s unique ability to humanize and simplify complex real estate market evaluation.
Josh’s instincts have evolved, and so has his vision. He remains keenly interested in residential real estate, but he is also expanding his gaze toward residential and commercial investments. Josh relishes working with high net worth individuals and institutional investors, knowing at the end the day that he has added value and enhanced their return.