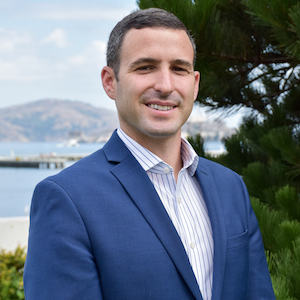 He was born and raised in San Francisco, spending much of his childhood in the SOMA, near his family business. Justin has extensive knowledge with architecture and the history of real estate development in San Francisco. His family were early era developers and have built properties, which have become city landmarks, such as Union Square’s Gunst Building.