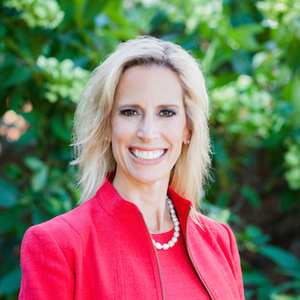 Client Testimonials
★★★★★
" Katrina & Compass provide outstanding service. Katrina is an A+++ sales person. We have used her to buy two homes and sell one home. 100% satisfied and recommended to others!  " - Rob M.

★★★★★
" AMAZING experience working with Katrina to buy our home. She was warm, professional, organized and easy to communicate with. We would highly recommend her!" - Kristin & Kevin M.

★★★★★
"This is our third time working with Katrina! She's miraculously always available, always friendly, and is sincere and passionate about finding the perfect home for her clients.   " - Thom P.

★★★★★
" After having worked with Katrina several times, our strategy when buying and selling real estate has become "do exactly what Katrina says." Best strategy, ever.  " - Elena M.

★★★★★
" Katrina & Compass were experienced, friendly and helpful. Katrina was a wealth of knowledge and a pleasure to work with. I highly recommend!!   " - Sonia T.

About Katrina
The first year Katrina was in real estate, she was named Rookie of the Year. That was 17 years ago. Since then, her exemplary performance as a Realtor has continued and been consistently proven to repeat and new clients alike. She enjoys affecting positive change in people’s lives and assisting in transactions that, for many, are among the most consequential financial decisions they will make. Most important to Katrina is the success of her clients, which she attributes to her organization, honesty, communication, and unflagging commitment. She is a skilled negotiator and an unrelenting advocate for her clients.

She takes pride in upholding a high-standard of ethics, refuses to cut corners, and provides each client—from the first- time homebuyer to the experienced real estate investor—with the same level of committed service. Originally from Indiana, Katrina comes from a of entrepreneurs. In college, she majored in marketing and international business and studied also overseas in Vienna and Innsbruck. After college, she worked for several well-known and influential trade associations. She continued to hone her business and negotiating skills while working in high-tech sales with one of the country’s largest technology companies. In of a way to use her extensive business expertise to help others, she made the move to real estate. In 2015, 2016, 2017, 2018 and 2019, she was named one of the region’s top Realtors by Washingtonian Magazine.

In 2019, she received the GCAAR Gold Award (the highest award for an individual agent), the 2019 Top Producer Award from Washingtonian Magazine and America's Top 100 Real Estate Agents® for Washington DC in 2019. When Katrina and her husband, Erik, a retired lieutenant colonel in the US Marine Corps, are not spending time at their vacation home on Nantucket, they are either doing something adventurous or cooking at home while enjoying a glass of good wine. They also enjoy spending time their two German Shepherds, Klaus and Odin, as well as their high-energy cat, Jaeger. Strong proponents of animal welfare, Katrina and her husband are also supporters of the Montgomery County Humane Society. They currently live in South Kensington.