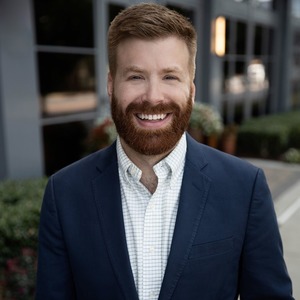 Larry is a Nashville native whose love for the city and heart for its people drives him to cultivate relationships and lean into individual's stories. As someone who also moved around quite a bit growing up, he understands the value of making a house a home. After graduating from Samford University with a psychology degree, Larry served his alma mater as an admission counselor for the greater Atlanta and Chicago areas, investing in the lives of students and their families. After the Nashville flood in 2010, he moved back to his hometown where he soon founded his own company, Cause A Scene, as a way to bring people together around a shared love of music and to build community throughout the city. Over the course of five years, Larry hosted over 250 shows and events throughout Nashville, all the while helping launch and further the careers of 700+ artists. He brings that same level of passion and enthusiasm for people, innovation, and service into the real estate industry, along with a deep level of commitment to performance that is true to his nature as a business owner.

When Larry isn't working, he spends time with his family and his two Australian Shepherds, Briley and Lily. On weekends in the fall, he's most likely glued to a television screen, cheering on the Alabama Crimson Tide football team. You can typically find him holed up in a coffee shop with friends or a good book or at concerts all over the city. He's a member of Midtown Fellowship Church in 12th South and enjoys the outdoors and just about any competitive or recreational sport for which he can find the time.