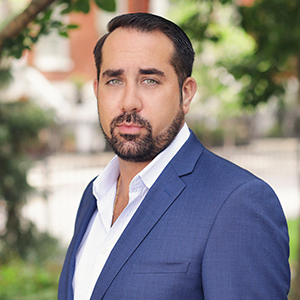 Client Testimonials
“Wow what can I say, Lou really is excellent at what he does. He was able to sell my home me in 48 hours my then I wanted it. We had a few bumps in the rode with the but Lou kept ever.“ - Joe.

“Lou was AMAZING! He was kind, and sensitive with respect to selling my childhood home. He was available immediately by , text, or email.“ - Nicole

“Louis was by far the best realtor I experienced. I dealt with a couple before him and he was by far the most knowledgeable and most helpful.“ - Jeremy P.

“Lou was an awesome agent. Knows everything about Brooklyn and very responsive to any I had. Would highly recommend.“ - Keith

“Louis my Father's home in one weekend, higher than the recommended price, I was very satisfied with the results and the professional manner in which he conducted himself.“ - Ed S.

“Lou is an amazing guy as well as an amazing agent. His knowledge of the market and the industry in general is second to none. He is a straight shooter and very well respected by his peers.“ - Joe S.

“It would have been possible to have a better buying/selling experience. Lou and Gina made the deal of the century in finding our forever home and got us more money they we have ever imagined.“ - Dr. Daniel S.

“Louis recently our 2 bedroom Co-Op in Bay Ridge and I be more thrilled with the partnership we had with him.“ - Jessie D & Joe S

“I have bought and a few homes in my life, selling my condo was by far the best experience I've ever had.“ -Dan R,

“Dear Louis, We were so fortunate to have chosen you to be our real estate broker while selling our family's home of 64 years.“ -David S.

“Lou was very highly referred to us, from the second we sat down with him we knew we were in good hands. He took the time to answer every question we had.“ -Maria and Jerry


About Louis
Throughout his more than 12 years in the business, Lou Belisario has stood atop the real estate ranks thanks to equal parts hard work and innate skill.

Coming from a real estate family, Lou knew early on the profession was his destiny. He pursued his license while still in college and earned his Associate Broker designation just three years later. He was named rookie of the year and has remained a top producer ever since. More than a broker, Lou also excels in sales management and has overseen and mentored dozens of agents. He has personally closed hundreds of transactions totaling a quarter-billion dollars, and he's assisted with hundreds more.

A dedicated leader, clients rave about Lou's responsiveness, transparency and fierce negotiation skills. Born and raised in Marine Park, he's a proud Brooklynite through and through. He's honored to be part of Brooklyn's evolution, and he's a home in every single neighborhood in the borough.

Lou holds a bachelor's degree in communications from St. Francis College. Today, he resides in Belle Harbor with his wife and their pit bull Luca. In their free time, the couple loves the beach, sports, great food and enjoying the life they've built together.