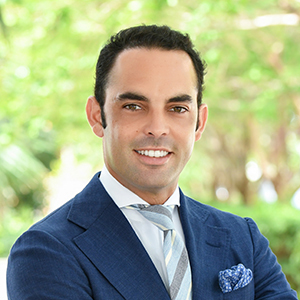 ★★★★★
"Luis knew I had waited 10 years for this penthouse to come on the market and he wasn't going to let anything keep me from living my dream. He negotiated the asking price down so rapidly that before I knew it, the sexiest and most dramatic penthouse in all of Miami Beach was mine." -Ivan Wilzig, Philanthropist, & Recording Artist

★★★★★
"Luis is a devoted person who really puts himself out for his client’s. He is beyond caring, always courteous and pleasant and really tries hard to find the correct placement for each person and situation . He is a lovely human being!! Highly recommend working with him. He ‘gets it." -Nancy, Toronto

★★★★★
"Luis is a true professional. We had a great experience working with him, he understood our lifestyle and found a perfect house that suits our needs. Luis's extensive knowledge of the Miami Luxury Real Estate market helped him to negotiate the best deal for us. We are beyond satisfied with his work." -Mark & Ivette Moses CEO Coaching International

★★★★★
"I took a chance when I listed my home with Luis. I had never met him, but he was recommended by a neighbor. It was one of the best decisions I ever made. Selling one’s home is stressful, but having Luis represent my interests minimized the stress—he knows the market, he has an appropriate amount of self-confidence, he can read people, he communicates well, and he’s wise beyond his years. Not only this, but he’s a very kind person. I couldn’t be happier with the experience of working with Luis. If you’d like me to remove or add anything, please let me know. I’ve bought and sold many properties over the years, and you’re still the best agent I’ve had by far. I looked at your website, and I’m really happy to see how well you’re doing. Not a surprise!" -Robert Bannister

★★★★★
"Luis is a top-notch realtor. He is extremely knowledgeable about the market and trends. He understood from the get-go what we were looking for. Always on time and able to be flexible which was important for us as we were searching from Boston. An excellent negotiator. All in all a pleasure to work clearly can recommend him to anybody." -Wiebe Tinga


​​
​​
About Luis
Luis Gonell entered the real estate industry only three and a half years ago, but that has not stopped him from selling over 50 million dollars of real estate in the past two years. In his home country of the Dominican Republic, Luis’ career journey began at a much younger age. He began working when he was thirteen for a local bank during his summer breaks. By the age of sixteen, he had transitioned to sales and was working for a suit manufacturing company, dressing prominent business men. Working here inspired Luis: “This created a desire for me to be on the other side, the one buying the suits.”

This desire turned into drive, and Luis realized the importance of building a social network. He began working at one of the top banks in the Dominican Republic, where he was named employee of the year two years in a row. While looking to grow in the company, Luis applied for a higher position. The Vice President of the bank’s nephew was given the job, solidifying the realization that while it is important to be the best, connections are crucial to help you grow. He began working as a sales manager at ESSO Standard oil, then later at a prominent newspaper, El Dia. In 2005, Luis watched an episode of “Million Dollar Agent” featuring Carlos Justo and realized that real estate was the path for him. Every action Luis took from that point forward deliberately positioned him to create the career momentum he has today.

Leaving behind his family, friends, and everything he knew, Luis arrived in the United States and began working in Naples as a busboy, attendant, janitor and food runner, making the most of each and every opportunity. He worked tirelessly, walking over two hours every morning to make his 5:00 am shift, then walking the full two hours home, only to do it all again the next day. Luis knew that in order to establish himself as an agent, he would need to build a social network: “I knew that I was good at two things, connecting with people and competing athletically at a level.” He ultimately moved to Miami, where he wanted to sell real estate, and began teaching tennis lessons. Luis, who had never taught tennis before and had no clients, would sit at the court every day at 7:00 AM, meeting people, training, and networking. He spent four years accumulating a network of over 400 clients, training seven days a week in Miami and the Hamptons, making countless connections while doing so. While training public figures, celebrities, and business executives, he was growing his network and still working towards his goal. “I told my clients that I was always on the wrong side of the net, I want to be the gentleman taking the tennis lessons.”

His first year in real estate, Luis studied everything he could about the Miami Beach market. He analyzed floor plans, cost per square foot, how long properties had been on the market, and became an expert in the ultra-luxury Miami Beach market. All of this planning, preparation, and dedication paid off. After only one year in the real estate industry, Luis Gonell, representing the buyer, closed the biggest penthouse deal at the W Hotel for more than $10.2M, breaking the record in Miami-Dade County for the highest-priced condo per square foot ever sold in 2017.

Now an established agent, Luis is ranked in the top 23 of all agents in Miami according to the Real Deal. He consistently closes multimillion-dollar deals, the most recent being the $7.5M sale of Miami developer Avra Jain’s 608 West Dilido Dr to Mark Moses, founder, and CEO of coaching internationally. With Miami Beach real estate being a seasonal market, Luis takes a more proactive approach to business: he spends his summers in Monte Carlo, Cannes, St. Tropez & the Hamptons to meet with his clients and further his network. " Having big dreams is only the first step," says Luis about his career achievements. " You have to be willing to ‘go big' when it comes to making those dreams happen. Having done it myself, I know exactly what it takes to get ahead and get results, and I'm very pleased to be able to offer that to every client I serve." 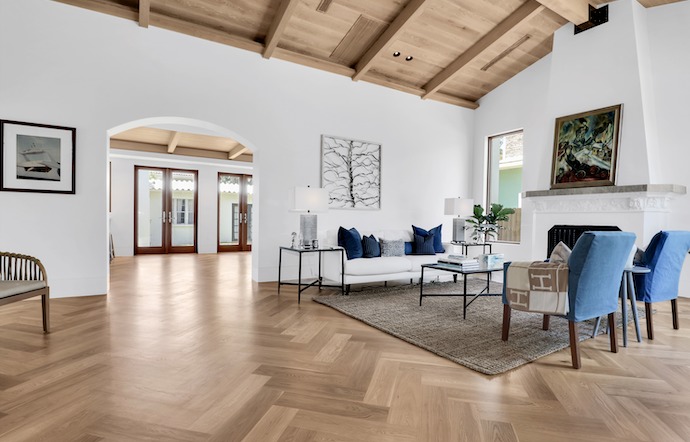