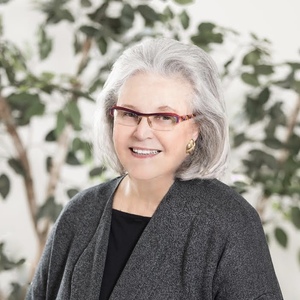 Marcia has been working in real estate in the Newton, Brookline, and Chestnut Hill areas for the past 40 years. After selling 26 homes her first year in real estate, she realized she might have found her calling. She refers to herself as the the “wiki-pedia” of real estate in Newton. In 1984, Marcia and Susan Liberman opened their own real estate firm in Newton, and later in 2005, they opened the first Sotheby’s franchise in the western suburbs; Karp, Liberman and Kern Sotheby’s International Realty. Today, Marcia and her team of Brokers, Margaret Szerlip, Sally Bortz, and Tina O’Toole along with Susan Liberman (The Karp and Liberman Real Estate Group) are among the founding members of the Chestnut Hill office of . Together, they bring more than 120 years of combined real estate experience and a client list that includes Nobel and Pulitzer Prize winners, University presidents, world famous artists, musicians, academic super stars, corporate leaders and even an astronaut! Marcia is a former president of the Newton-Brookline Real Estate Council, (awarded president of the year), a former director of the Greater Boston Real Estate Board, and has served on the Board of Directors that founded the current MLSPIN. She is a past member of the Chestnut Hill Historic Commission. She was on the Board of the Boston Children’s Theatre and a past member of the corporate board of the All Newton Music School for many years. Prior to her career in real estate, Marcia was a City Planner for the City of Pittsburgh, PA and in her home-town of Lynn, MA. She has a degree in Public Administration from Simmons College and was a special graduate student in the Department of City Planning at MIT. She lives in Newton with her husband of 53 years, Robert, a retired real estate developer. She is a mother of two daughters and grandmother of three.