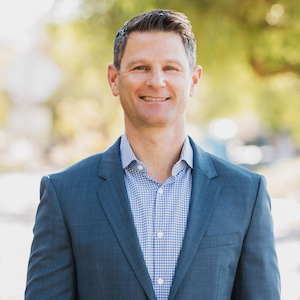 "If you are considering the sale or purchase of residential real estate in San Diego County, a telephone call to Matt Kolker is a must. His knowledge of sophisticated real estate transactions and familiarity with San Diego are immediately apparent. When questioned about different neighborhoods in the country and different approaches to my purchase. Matt didn’t hesitate to explain the pros and cons of my options. " - Tony

"We used Matt Kolker as our agent when buying our first home. He did an amazing job. I think the most impressive thing about service he provided was the wide network of professionals he tapped into to get us help with every facet of the process. There was always an expert available to us." - David & Jin

"I have to say my personal experience with Matt has been nothing but exceptional. He is diligent, courteous, and more than helpful! I haven’t been on the buying side- but have been on the other end of a transaction and I know his clients have been nothing more than pleased with him . I really appreciated his follow up as well." - John

"I have worked with Matt Kolker on a number of occasions. He is a committed and tireless worker that will work for you and will always have your best interests in mind. He brings a much needed personal and enthusiastic element into a troubled real estate industry. I highly rec omens his expertise." - Natal

"We were referred to Matt from a friend. It was great recommendation. As first time home buyers we appreciated the knowledge and expertise he provided. He did an excellent job guiding us through the daunting task of buying our first home. We felt " - Jason

As a San Diego native and has represented hundreds of buyers and sellers in the past 10 years, Matt has a depth of knowledge about many different San Diego neighborhoods. He has a positive, calming energy, an unbeatable work ethic, and strong negotiation skills that put clients at ease and in very capable hands.

In 2014, when Matt realized something was missing from his service – and the real estate industry in general, he decided to join forces with his wife Michelle to create a diversely talented, dynamic team. With Matt’s real estate expertise and Michelle’s background and precision as an attorney, they are now able to offer the most well-rounded real estate services available in San Diego.

Matt is actively involved in his community, and has served on local school boards & homeowners associations, volunteers regularly to coach sports teams, and volunteers at his children’s elementary school, Design39Campus. Matt’s family is his pride and joy. He can often be found playing basketball, at the park with his three active sons, or on the golf course.

He was chosen to be on the cover of Executive Agent Magazine in 2013, appeared on the 1700 ESPN “Lunch Hour with Mr. Credit” radio show in September 2014, and was featured in the San Diego Jewish Journal in November 2014. He was additionally named 2015 Five Star Agent. Giving back to different organizations that Matt supports is a cornerstone of his business, and he is proud to be a part of the Jewish Cause Donation Program, the Beth Am Donation Program, the Military Appreciation Program, and the Design 39 Campus Donation Program.