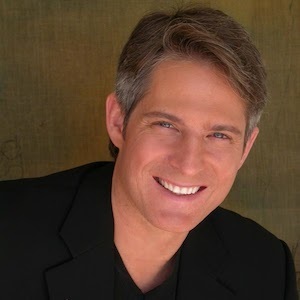 "Michael Carter did an A Plus job selling a difficult property. He was able to maximize value to a point where my sales price was $500,000 greater than my last offer 18 months ago. I would highly recommend him to any seller of real estate. He made the transaction painless up until the end. Great job Michael!!!"" - Ron

"I hired Michael Carter 2 months ago to sell my home. He told me exactly how to price, prepare and organize my home prior to putting it on the market for maximum benefit. Once we were ready he held both Tuesday and Sunday open houses as planned and within 6 days of listing the home we had 11 offers. He priced it perfectly. We fell out of escrow a few times which happens; but, Michael never flinched and still sold my home for almost $100,000 over asking. You will not be disappointed by using Michael as your agent. He creates an incredible website for your home, his photographer’s pictures were brilliant and he knows the Los Angeles market inside and out. Hire him and don’t look back!" - Stuart

"I could not have asked for a better agent than Michael to sell my home. He was a consummate professional and full service provider from start to finish. He took the time to find out exactly what my needs were, helped prepare my property for market so it looked its best, priced it perfectly and made the entire process seamless by communicating every step of the way so I knew exactly what to expect at each interval. I would recommend him in a heartbeat to anyone serious about selling their home!" - David

"Understanding, detail oriented and professional are just a handful of words I would use to describe our fabulous agent Michael. He managed to sell my home even when I was overseas most of the time. Everything from small renovations, to the staging, to the listing and open houses/private viewings of the property were coordinated flawlessly while I was away. Michael always had a timely response and was very reassuring. He is also an excellent negotiator. Our pricing strategy was spot on and we closed above asking. Overall, a very well-rounded real estate professional who has all the tools of the trade." - Titus

About Michael
Michael is a true native of the Los Angeles area. He grew up in Beverly Hills and has lived there his entire life. He graduated with honors from both Beverly Hills High School and U.C.L.A. Michael’s parents were celebrities in the entertainment business who took on second careers as real estate investors. By observing his parent’s success Michael developed an interest and education in real estate from a very early age and in the process developed an unparalleled knowledge of the Westside area, its housing inventory, community members, school systems, facilities, benefits and unique history. He is familiar with how the area has changed over the years and the trends that are influencing it’s change today.

Michael has consistently been a top-producing agent in Beverly Hills selling multimillion-dollar homes on the Westside of Los Angeles and has relationships with most if not all of the top agents in the area. He has developed an impeccable reputation and is highly respected among both clients and colleagues for his expertise, professionalism and outstanding people skills. His discretion and extreme dedication to his clients is displayed in the “hands-on” approach he takes to every transaction he is involved in. He treats each and every deal as if it were his own and works from that mindset when advising his clients. He is an admitted perfectionist who guides his clients every step of the way to ensure that their needs are satisfied and that their experience exceeds their expectations. His integrity, knowledge and full-service approach has led to life-long relationships and a thriving business built almost exclusively on referral. His extensive client list stretches across all industries to include celebrities, athletes, developers, executives and leaders of the business world.

Before entering into the real estate profession, Michael worked in the entertainment industry both in front of the camera as an actor in film, television, and commercials as well as behind the camera in production. Along the way, he also established a successful advertising company that supplied promotional products to large corporations on a national level. Michael’s love of working with people, strong roots in the area and early introduction into the world of real estate eventually brought him full-circle. When not buying or selling property for his clients, Michael enjoys working out, traveling and spending time with his wife Victoria and two children Jake and Ava. He loves skiing, tennis and most of all coaching his son’s little league team.