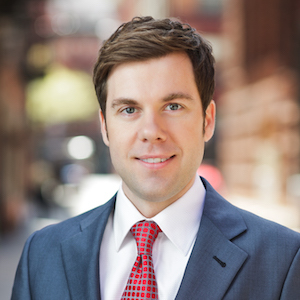 How are Billionaires’ Row developers coping with the submarket’s condo inventory? - The Real Deal

A Decade On, the Fate of Madoff's Mansions - MSN Money

Rich Baby Boomers Are Living Out Of Their Bedrooms - Financial Advisor

The L train shutdown is a year away—what effect will it have on prices? - Curbed New York

Keeping up appearances: Co-op boards are using this trick to beef up comps - The Real Deal

Leaving so soon? Resales abound at 432 Park - The Real Deal "

Breaking up is hard to do: and Tessler split at 172 Madison - The Real Deal

Park Avenue South: The Other Park Avenue Comes Into Its Own - The New York Times

The Central Park Tower challenge: Can Extell sell 20 condos at over $60M a pop? - The Real Deal

In a Tight Spot: Parking Can Add a Six-Figure Premium to an Apartment Sale - Observer

Buy It With Cash, Mortgage It Later - The New York Times

Getting high on your own supply - The Real Deal

Great Expectations: What Happens When a Seller's Ego Thwarts a Sale - Observer

This Family-Friendly Manhattan Apartment Is Ideal for Entertaining - Mansion Global

The Price Is Right - Observer

Ain't Too Proud to Beg: What Agents Will Do For a Listing - Observer

Can the Zeckendorfs break the mold again? - The Real Deal

Half a Townhouse on Gramercy Park - The New York Times

Done Deals: Standing Out In the Crowd - Brokers Weekly

Millionaire, show thyself: What does the Treasury’s move mean for NYC real estate? - The Real Deal

The Cellphone Imperative: If I Can’t Text, I’m Moving - The New York Times

An Disguised as a Dinner Party - The New York Times

The Lobby as Lure - The New York Times

PIECE BY PIECE: The world's wealthiest individuals are cobbling together their dream Manhattan compounds - Daily News

America’s year in giant homes: The 22 most expensive houses sold in the U.S. in 2014 - National Post

The Co-op Comeback: The Biggest Real Estate Deals of 2014 - The New York Times

On the Market in - The New York Times

Big Ticket- A Cornucopia of Views - The New York Times

Will Zeckendorfs get a record $130M 520 Park penthouse? - The Real Deal

Top Residential Agents of the Week - The Real Deal

Top Residential Agents of the Week - The Real Deal

BIKINI VIEWS: This $1.75M bachelor pad will up your chances with the ladies - Daily News

Buildings With a Past - The New York Times

Broker vs. broker: How low can you go on commissions? - The Real Deal

Comps Get Complicated - The Real Deal

of the Day: Space Kids and Adults - The Wall Street Journal

Selling New York Recap: Until we have a deal, we have nothing - Examiner.com

"Stale" New York homes are back in play, amid inventory shortage - The Real Deal

Top residential agents of the week - The Real Deal

New Jersey Home's Swimming Pool Is in the Living Room ( of the Day) - AOL.com Real Estate

Top residential agents of the week - The Real Deal

Wanted: Buyers Who Are a Lot Like the Sellers - The New York Times

Michael has been a consistent and respected top producing luxury broker for more than a decade. He is known for his unwavering commitment to the highest level of ethical standards, discretion, client advocacy and transparent industry practices. Michael has been responsible for more than 2 Billion dollars of residential real estate transactions. He has held the distinction of closing the thirteenth highest priced sale nationwide and has been ranked 7th nationwide by the Wall Street Journal for average transaction price. In 2015, he was named the Top Agent in the Real Deal's Rising Real Estate Stars under 35 and in 2019, he was named the Top Rising Real Estate Star by Crain's New York.

Michael specializes in real-time data-driven expert advisory, client services and the strategic positioning and marketing of luxury new development and resale homes. He has broken price per square foot records in Tribeca, West Village, Chelsea, Flatiron, Gramercy Park and beyond. He is equally adept at representing buyers and sellers and has represented some of the world's most notable executives, CEO's, entrepreneurs, artists, and celebrities with extraordinary results while maintaining absolute discretion at all times. His notable sales include Penthouses on Central Park West, Park Avenue and in nearly every sought-after enclave in Manhattan as well as full floor units in key new developments projects such as One57 and One Madison.

Michael began his career as an agent in 2009, expediently shattering price per-square-foot records while representing buyers and sellers in luxury buildings citywide with remarkable results. Media outlets such as The New York Times, The Wall Street Journal, and The Real Deal have featured Michael for his extensive market knowledge and ground-breaking transactions. Michael credits his razor-sharp marketing and delicate negotiating skills to a lifetime of experience in academics, hospitality, and the fine arts.