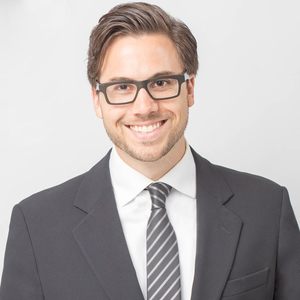 " I owned 5000 sqft of a Chelsea loft building [Michael] found us a great buyer, who paid well above the initial asking price" - Bill B.
-
"We found Michael to be very trustworthy, professional and worked very hard for us in all respects." - Ted G.
-
"If you are looking for a forward thinking, aggressive, yet likable broker, I highly recommend you speak with Michael." - Larry F.
-
"Michael is 100% reliable and focused.. he leverages his networks and team effectively. I wouldn't use another broker." - Dale T.
-
"Michael's team hit the “home run” I was looking for, by strategically marketing to the loft’s greatest assets. He also relied on strategic showing methods to drive the competitive bidding, that ultimately landed our home run sale." - Michael K.

“I immediately was drawn to Michael’s energy, motivation and focus“

“Michael is a NYC real estate agent and social celebrity“ -

Michael is the innovative developer, entrepreneur, leader and founder of The MEIER Team. After building and running a very successful NYC luxury real estate brokerage, Michael decided to bring his many years of experience in advanced marketing techniques and a team of highly trained agents to Compass.

Michael grew up in a family with seven kids where academic accomplishments and performing at the highest levels were not only the norms but expected, with parents and siblings alike, enjoying successful careers as attorneys, entrepreneurs and medical doctors. Michael’s rise in real estate began right after graduating from Manhattan’s Sy Syms School of Business with a Degree in Finance. Upon graduating, he began working for a software company, and within two years had already closed over $1 million in sales. He was able to put a small startup company on the map by consummating a large deal with the national restaurant chain, Sbarro. It was after investing his entire commission in New York real estate that Michael finally realized that real estate development and sales were his true passion.

In his 15 years of experience with over 1,000 transactions and 1 billion in sales, Michael has become an expert on pricing, negotiation and developing innovative marketing strategies. His cutting edge digital marketing and video techniques have deemed him an influencer which has been acknowledged across a plethora of publications and evidenced by his multiple awards. He is a highly sought after public speaker alongside other marketing and sales leaders such as Tony Robbins, Grant Cardone, and Daymon John.

Michael now leads The MEIER Team as being one of the most innovative teams in the city. His team focuses on providing the highest level of service to his clients while leveraging Compass’ best in class technology, global reach, and expertise in selling New York’s most elite homes.