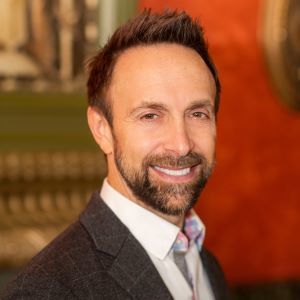 After spending the vast majority of his professional life in the fast-paced world of Capital Markets algorithmic/electronic trading, Michael discovered that his true passion is connecting with people on a more personal level, helping them in some meaningful way.

This desire to help people began to manifest itself through real estate. Many people in Michael’s circle have asked for recommendations on a multitude of projects, acquaintances would say, “Hey, you’d make a great Real Estate agent with your knowledge!”

Something resonated, with that, Michael hit the ground running has been going strong ever since.

Michael is a lifelong resident of Chicago, born raised on the Southside, living in Wrigleyville for the majority of his life. He spends most of his time in around the neighborhood with his husband Dwayne and their beloved dog, Nigel. His outside interests include Ironman Triathlon competitions and all that goes along with it: cycling, running, and swimming.

Along with all that activity, he loves a good meal!