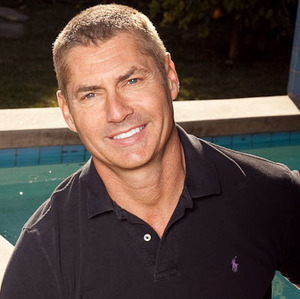 "My husband and I have known Rick for over 10 years. He has helped us buy and sell multiple homes. His knowledge of the market is always spot on and has provided invaluable advice as we navigated through very difficult decisions in the real estate market. His expertise has made the difference more than once in whether we were able to close escrow. His follow up and communication during the escrow period kept our anxiety at bay and helped us get through some hair raising times. He is truly the best realtor in LA!" - Donna

"Rick guided us through the sale of my home with the sage advice of a consummate professional. Rick simply give us sound and honest advice regarding my property. Therefore, I wholeheartedly recommend him to anyone who is looking for someone who will give them an honest assessment of the value of their property, advice on how to deal with the unexpected, and who will go out of his way to make the selling or buying of your property a smooth one." - David

"I have worked with Rick as both a buyer and a seller, and would highly recommend him to anyone in the Hollywood/Greater Los Angeles market. Rick has always been courteous, professional, and willing to accommodate his clients requests’ and time-constraints. His marketing work is top notch with expert web-efforts and tasteful physical advertising." - Benjamin

"We have bought and sold a few properties with Rick over the years and have always impressed with his work ethic. He’s a great negotiator and has always made our transactions effortless. His passion and knowledge about architecture makes him much more than a real estate agent. He always finds those special properties that are passed over by most." - David

"Rick is a professional and effective agent who takes the time to truly understand the real estate and goals of the client. He brings a rare combination of sophistication, experience and good design taste to the sales process." - Clyde

About Rick
Known for his strong work ethic, attention to detail, and signature style, Rick has carved out a solid profile as one of the most sought-after agents in L.A.

Born and raised in Seattle, Rick has lived and worked in the L.A. area for over 30 years. After studying Construction Management at UCLA, Rick worked early in his career as superintendent for Hospitality Construction in Burbank, California, specializing in the restoration of historic hotels, such as The Mission Inn in Riverside, California, and The Ritz Carlton Hotel in Laguna, California.

Rick later focused his attention closer to home (Los Angeles) and began studying for his real estate license and selling on his own focusing on his relationships with the Hollywood entertainment community.

With 20 years of experience, Rick has sold and leased millions of dollars in luxury real estate properties from the Hollywood Hills to Malibu, North to Santa Barbara. Recently, Rick has been named the exclusive sales agent for the 10 Palms development in Hollywood, a nine-unit, upscale condominium project designed by renowned architect Clive Wilkinson. Additionally, Rick has represented Hacienda Lofts West Hollywood, CA, selling all units in seven months.

Living and working in the Hollywood and Beverly Hills area, he has extensive experience and a personal connection to the area’s community and focus clientele. Using his renovation experience and innovative vision, Rick has gone on to restore, renovate, and build some of the area’s more tasteful homes. Rick has marketed some of the desert’s more unique and significant homes, such as The Florshime house by Donald Wexler (1957) and The Keneston House in Rancho Mirage