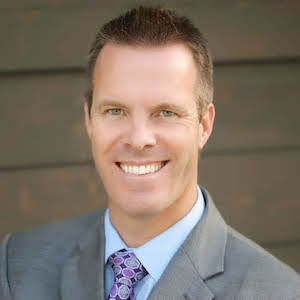 ★★★★★
"I have been working with Ryan in real estate transactions for upwards of 5 years now. In each transaction Ryan has demonstrated an ability to be ahead of the game in regards to any problem that may arise. He is a persistent problem solver and few have better integrity. Ryan is one of my most talented agents, not only have I used him personally, but I have referred him to my friends and family."

★★★★★
"My wife and I used Ryan to sell our home in the Torrey Hills area. He was great to work with...very responsive, extremely knowledgeable, and just really took care of everything throughout the whole process. He also did a great job at advising on the price of our home. We were very happy with the process and how things worked out in a very difficult market."

★★★★★
"Ryan did a fantastic job. We couldn’t have been more pleased. He got us a terrific sales price on the sale our house. Frankly, more than we were expecting."

★★★★★
"Very energetic and enthusiastic. Very detial oriented and efficient. Very responsive to unexpected challenges and very flexible in recommending various options. knowledge with the market and neighborhood competition. Vigrous and tireless for communication and negotiation. Has excellent Great experience working with this agent. Definately will recommend to others and definately will use this agent in the future when needed."

★★★★★
"It was a smooth transition. Ryan is a great agent. It was just an absolutely wonderful experience working with his company."

About Ryan
Ryan has worked with buyers, sellers and investors since 2004. In addition, he has been a regular contributor on both local and nationally-syndicated radio and TV shows, including Lifestyles TV on CW6 San Diego and the CBS Big Biz Radio Show.

Ryan grew up in South Africa and moved with the rest of his family to San Diego in 1987, where he attended Torrey Pines High School and went on to graduate with honors from California Polytechnic, San Luis Obispo.

Ryan is married with three children and enjoys swimming, golf and running, having completed the San Diego Rock & Roll Marathon three times. He also has a passion for flying and is a licensed commercial pilot and flight instructor.