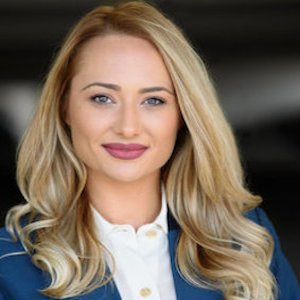 Director, Luxury Estates | DRE# 01728600
shauna.walters@compass.com
M: 310-775-1106
O: 310-579-2200
About Shauna
Even at 21, Shauna Walters knew she had what it took to become a successful real estate agent. A model at the time, she began drawing on her connections in the music, entertainment and sports industries to lay a strong foundation for her future career.

Born in LA, Shauna began representing clients in her hometown of Calabasas, where her networking skills, personality, and unusually mature grasp of the marketplace quickly made her the agent of choice in the area. After this solid beginning, she joined the Sally Forster Jones team in 2009, moving with them to John Aaroe Group in 2014. “I believed Sally could take my career to the next level,” Shauna says. “She’s an icon in the industry. Her reputation and her brand are exceptional. I knew this was where I wanted to be.”

Thanks to the John Aaroe merger with Pacific Union in 2018, Shauna is now part of the #1 independently owned brokerage in California. She is the director of the firm’s Luxury Estates Division, where she works with clients across LA and around the world seeking high-end properties in Southern California. “It might sound surprising, but LA is relatively inexpensive compared to other world cities,” she says. “We also have the weather, the lifestyle, the great schools, the allure of Hollywood, and some of the best views anywhere.”

Shauna’s clients appreciate her ability to relate to them and her instinct for knowing what they’re looking for in their next home. “They know I’ll work hard to get them the best possible deal. I’m a good listener, a powerful negotiator, there when they need me, and aggressive without being overbearing.” Having grown up in Los Angeles, she also knows the city well, and has observed the fluctuations in the market firsthand. Previous (and often repeat) clients are her biggest fans. “Shauna is professional and kind and never pushy,” says actress and author Mariel Hemingway. “She is a gift when selling your home. It could not have been a better experience.”

In the years since she launched her career, Shauna has made an ever-growing impression on the real estate landscape. She’s seen how the market has evolved – from the resurgence of living in downtown LA to the renaissance of charming communities like Studio City and Cheviot Hills. She’s embraced the technology of social media, which has changed the way people look for properties. “We’re so much more connected now,” she says. “It’s a game- changer. Buyers and sellers are more sophisticated, and their expectations are higher.” Honesty, communication and tenacity are the tools she keeps closest at hand in her effort to make them happy.

In addition to real estate, Shauna’s other passions include her four-year-old son, Ryder, the light of her life -- and staying in shape so she can keep up with him. The daughter of a one-time professional athlete and a one-time star softball player, she keeps fit with SoulCycle and hot yoga. A lifetime animal rescuer, she volunteers for rescue groups like St. Martin’s Animal Foundation and The Vanderpump Dog Foundation. Shauna also serves on the board for Pacific Union’s LA Community Foundation, which contributes to local charitable causes.