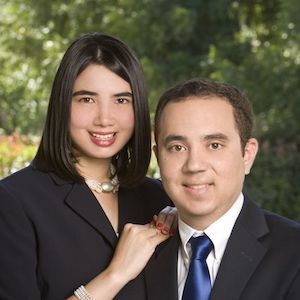 DRE #: 01428583
stephen.bellingham@compass.com
M: 650-922-3335
About Stephen
Stephen Bellingham is an expert in San Mateo County Real Estate. As a native Californian, Stephen was born in San Francisco and has been a lifelong resident of Hillsborough and Burlingame since the age of eight.

From a young age, Stephen helped his father manage a successful Painting and Decorating Company, which specialized in bringing out the best of high-end luxury homes throughout San Francisco and the Peninsula. After that, Stephen pursued a career in finance. During the financial down turn of 2007-2008, Stephen moved to Taipei Taiwan where he met his wife and business partner Mayling. There, they started an international trade corporation primarily dealing with China, Taiwan and Central America.

Stephen is a licensed Contractor, Insurance Broker, licensed Realtor since 2004, and a full time Realtor with Compass Burlingame since 2010, when he and Mayling decided to move back to the Bay Area and start the The Bellingham Group Realtors with Compass.

Stephen’s knowledge of the area, unique skills, and commitment and dedication to his clients, set the perfect combination to help them excel in achieving their real estate goals. Whether it is buying or selling, he has what it takes. From sizing up the physical characteristics of a property, bringing out the best in a home for marketing, dealing with international clients, and negotiating the contract and best price, he is the one you want on your side to look after your best interest and achieve your goals.

“I met Stephen at an open house. His office is in Burlingame and he grew up in the area, so he's familiar with a lot of neighborhoods in the peninsula. We had a meeting initially so he knew what I was looking for in a house and he told me about the process of how we'd search for homes. My original agent made me feel like an idiot, but Stephen was always happy to answer questions. He was easy to reach via email, phone or text. He was willing to meet with me on weekends or weekdays. Another thing I liked is that Stephen was realistic with my budget and didn't try to show me places that I couldn't afford. When I found a house I liked, we put in an offer. He walked me through the whole process and told me what all the forms meant. He made sure I read the disclosure packet. He was very organized and made sure we did all the necessary forms. I didn't get the first house I bid on, but was ok with it because we put in the best and strongest offer I could do. The second house I bid on is the one I ended up buying. Stephen recommended good home and pest inspectors. He was with me during the inspections as well. Basically he'll hold your hand through the process as much as you need him to, you just have to ask for assistance and he'll be there. Escrow closed as planned and I got the keys on November 1st. I love my house. If you are looking for a real estate agent that is responsive, trustworthy, honest, and knows the business, then Stephen is the guy for you.”
- LAUREL M.

“I couldn't have had a better buyer's agent than Stephen. Apart from his professionalism I felt from the get-go that I had an ally to help me through the sometimes stressful process of buying a property. On numerous occasions he would bring some aspect of the process to my attention, and reconfirm that I was happy with the situation, or suggest that I take another look over the property to make sure I was comfortable with the choice (others might do less and it would still be a competent job). Thanks Stephen for making buying a house so much easier!”
- HUGH K-J.