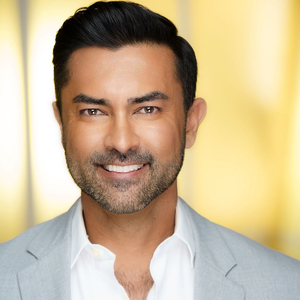 "Yawar is a master agent. The only reason I’m the new owner of a pristine duplex in highly sought mid-city Los Angeles is because of his incomparable negotiation skills and razor sharp instincts. Yawar has access to many off market listings, thanks to his extremely strong relationships and his impeccable integrity. He fought for me, and successfully made a deal beyond my wildest dreams. Yawar will be my agent for life and I look forward to sending him many referrals. When I got my keys, he gifted me a Tiffany key ring and champagne glasses. This was simply his gesture of completion, of true happiness for me and a symbol of a wonderful transaction and a new home. If you want the BEST, look no further because Yawar is the BEST. " - Susan

"He deserves 10 stars if they allowed! I had an exhaustive search with another agent that last 8+ months and decided I needed to shake up my team. I sent Yawar a message, and within an hour he was calling me from his vacation. Immediately that summed up my overall experience. No matter what he is doing, his clients come first and he is always there to talk, answer a question, or push someone to do their job. From start to finish (I just got my keys!) was a 35-day process that went incredibly smoothly. Any minor bump Yawar was in front of it and had it handled. At no time was I left wondering about anything. Yawar is an amazing, knowledgeable agent. I would recommend him to every buyer (and seller), from my mom to my friends to my co-workers."- Brad

"Buying a home can be one of the most exciting and scary experiences a person can know, so of course my husband and I were very nervous about the process. Luckily we were given Yawar's name as a personal recommendation and we reached out to him to tell us about our possible dream home. From the first conversation we left feeling reassured and having such a positive feeling that he was going to work with us to find our new home and make our dream a reality. Firstly, despite being (from what I understand) a very busy man, Yawar always made himself available to us by phone, text or e-mail. He never made us wait for a response and within a few days he had several lists of homes that met our qualifications. He made the process of house-hunting in a word "fun". We toured properties together and he educated us about aspects of home owning and buying that I hadn't even considered. He was excellent at having a vision, as some properties did need work or changes to accommodate us. He was great at telling us how much and how long it would take to make the property our own. When we did find properties to bid on he was prompt at getting the offer letters to the agents as quickly as possible. Several of the listing agents even came back to us telling us how much of a pleasure it was to work with him. We quickly received several acceptance letters and when we ultimately found our dream home with him he worked intimately with our broker and the entire team every step of the way to ensure things closed smoothly, early and with the reassurance that we were well informed about everything involved in the process. Yawar's congenial disposition made him an absolute joy to work with and every time I "freaked out" about something (which was often lol), he was always there to calm me down and remind me that this will all work out. It did. I would highly recommend Yawar to all of my colleagues and friends. After closing on the house my husband and I sat down to watch tv one night and to our surprise we saw Yawar on the new series "Impossible Listing" on CNBC! We had no idea he was working on that show while finding our dream home. It's no wonder why he's giving advice on homes to some of the richest people in Southern California - but he treated us the same way he treated a home owner of a 20 million dollar property - with respect, sincerity, honesty and empathy. That's just Yawar. Thank you for finding us our dream home Mr. Charlie! We consider you a true friend who we will remember for the rest of our lives! "- Javier & Robert

"I simply can't rate Yawar (and his colleague Philip Nuding) highly enough. Frankly, based on my experiences, they are best-in-business! In the 6-7 years that we've worked together, Yawar has phenomenally, successfully handled and guided me though the sale of a long-held condo; the purchase of my primary residence; and the purchase of a rental property. All is done with tremendous knowledge, professionalism, candor -- and not least of all, care. He goes the extra mile. He aligns all with your goals but lends exceptional expertise. His seemingly vast & positive relationships with fellow realtors -- not to mention the energetic, professional team he brings to bear -- is no small value-added! Philip reflects all of these attributes and professionalism as well. As far as I'm concerned and via my experiences -- one can't do better in L.A."- Joel

"Yawar worked tirelessly with me over the course of 15 months to find the perfect home for me. He was extremely patient and understanding of my limited budget and extensive checklist of requirements that my house needed to meet! His knowledge and insight into the market was so valuable. Being a first time, single buyer, I needed someone to be trustworthy and honest. I never felt pressured to offer on a house, and even when I wanted to offer above asking, if he didn't think the house was worth it's value, or had potential for me, he would talk me out it. He always had my back, with no agenda other than to serve me in the best possible way. He taught me so much about the property market and process of buying a house, with no judgment or ridicule for not knowing a SINGLE THING. I felt comfortable asking every stupid question and I'm so grateful for his guidance. He worked diligently on every offer we put forward and offered excellent guidance during the closing process. I have a very stressful, busy career so to know that I could glance over paperwork and contracts with the confidence in knowing Yawar had read everything in detail, was a huge weight off my shoulders. I look forward to the day I can purchase my 2nd home with him!"- Targa

"I’ve known Yawar for nearly a decade and decided to work with him to buy my first condo in 10 years. His professional knowledge of the LA market and guidance with the selection and offer process was instrumental in allowing me to find a home within less than a month and close within 15 days of offer acceptance using his partner lender. I highly recommend him!"- Chris

"Yawar Charlie is as good as it gets folks! If you need a real estate professional, he is your man! My husband and I just purchased our first condo together and Yawar was there every step of the way. It was a 5-6 year process (a hiatus in the middle) but though drawn out, Yawar never lost patience or hope. Throughout he was extremely professional and wore whatever hat he needed to at the moment. At times we needed hard-nosed real estate agent and others we just needed friendly advice. He was/is always there when we needed him. When purchasing a home in LA, Yawar is your man!"-John & Jordan

"Extremely knowledgeable of the local and metro area market. Provided great advice and was able to negotiate effectively. I highly recommend Yawar Charlie for all your Real Estate needs."- Sam

"Yawar has represented me in 2 purchases and 1 sale over the course of 3 years. I didn't know him before that, but he was referred by a friend. He has been great to work with. He is tireless and always available - I've had conversations with him over multiple holiday weekends, and he has prepared and sent me documents at 3 a.m. when needed. When problems arise, he is good at helping suggest solutions, and when I had meltdowns - only a few, I promise! - he was always patient and supportive. He only works in geographical areas he knows, so his information and reliability are top notch. I am now in a place I don't plan to leave for a long time, so I don't think I will be working with him for a while, but over these 3 deals he has come to be a friend, and I am happy to recommend him to you! "- Tom

The Close: Real Estate Nightmares: Agents Dish on Their Worst Customers Ever

Forbes: Real Estate Agents Answer: What Advice Would You Give Someone Looking To Build A Custom Home?

The Balance: The Best Time to Buy a House

Next Advisor: Should You Buy a Foreclosed Home to Save Money? It’s Complicated

Metro Weekly: Yawar Charlie: “I deserved the same as anybody else getting married in my culture”

Insider: The best places in Canada and Los Angeles for Prince Harry and Meghan Markle to live, according to experts

The Close: How to Get Listings: 18 Luxury Listing Agents Spill Their Secrets

The Close: Real Estate Nightmares: Agents Dish on Their Worst Customers Ever

The Real Deal: “I like being a free agent”: In the gig economy, LA brokers say contractor status works

Realtor: What Does the Record-Setting $119.75M Sale of L.A.'s Famed Spelling Manor Mean?

Medium: Yawar Charlie: “When you are authentically yourself, that energy draws other people who are like you towards you and that makes your job, life, and general well-being a better place to be”


About Yawar
Yawar Charlie is the grandson of Indian film legend, Noor Mohammed Charlie, one of the pioneers of the Bollywood film industry. Following in his family’s footsteps, Yawar moved to Los Angeles to pursue a career in Television and Film. After dozens of roles in TV and Film, Yawar turned his focus to Real Estate. Yawar joined Sotheby’s International Realty in 2008, eventually forming The Charlie and Sanchez Realty Group. In the spring of 2014, Yawar and his team made the exciting move to join the international real estate brokers Engel & Volkers, in their new Beverly Hills office. In 2016, Yawar was invited to join the real estate powerhouse team, Aaron Kirman Group. Having sold several hundred listings in the Greater Los Angeles area, Yawar prides himself on providing constant attention to detail, genuine care for his clients, vast market expertise, and creativity which has made him one of the top agents in Los Angeles. “I have never forgotten how exciting it was to buy my first home and how hard I had to work to achieve that goal. My motto has always been, ‘love the place you live’ and this is the focus, energy and dedication I carry through to each and every client transaction.”

Some of Yawar’s career highlights include:

Yawar Charlie provides the ultimate in professional real estate services, coupled with a true personal touch. His is a part of an award-winning team that includes both buyer and listing specialists with extensive background & knowledge in resale and new home sales. If you are considering purchasing or selling residential or commercial property, contact Yawar for a confidential discussion of his team’s proprietary international marketing program that consistently delivers successful sales.