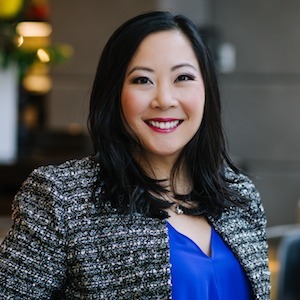 Amy Duong Kim is an alumna of University of Illinois Urbana-Champaign with a Bachelors of Science in Actuarial Science. After three years of actuarial consulting, she left the corporate world to pursue a career in real estate. In 2005, she joined her family’s boutique brokerage that always strived for attentive service, tough negotiating, and the utmost professionalism. The following year, Amy Duong Kim became the managing broker to further instill these values in her own practice as well as her team.

Prior to joining, Amy was with Jameson Sotheby’s International Realty, where she provided her clients with a well known trusted brand, while still providing the same level of commitment to her clients. Amy closed over $500 million, expanding to luxury and international properties. Now with Amy and her team are excited to share all that has to offer her Chicago and surrounding suburb clients.

Amy Duong Kim has received accolades from the Chicago Association of Realtors, Chicago Agent Magazine, Jameson Sotheby’s International Realty, and five-star reviews on Yelp, Linkedin, and Zillow. She has been featured in the Wall St. Journal, Curbed.com, Yahoo.com, NBC, ABC, and the Chicago Tribune.