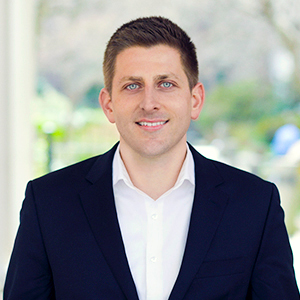 bdorsay@compass.com
M: 646-396-0492
About Brendan
Brendan D'Orsay has built his reputation on a foundation of hard work, expertise, and careful discretion in handling client affairs. In the course of his extensive real estate background, he has established relationships spanning the global elite to first-time renters and buyers.

While many of his competitors take a transactional approach to real estate, Brendan operates like a top advisory firm, giving each client full attention to their unique needs while delivering the highest levels of personal care and market expertise. He began his career with one of New York's most well- respected real estate developers, then quickly rose the ranks of a leading boutique brokerage to become a top agent, serving an agent team and providing regular mentorship and guidance.

Recently, Brendan brokered the successful transaction of famed artist Jackson Pollock's former West Village loft. He has been featured in several major media outlets and real estate publications including the New York Daily News, DNA Info, and appeared on seasons 3 and 4 of Bravo's top- rated television series, Million Dollar Listing New York. Brendan is also a sought-after speaker on the real estate market who has lectured at several institutions in the metro area including SUNY Purchase.

Originally from the Seacoast of New Hampshire, Brendan reflects on his earlier experience. "I came to this city like so many others before me: with wide eyes and big dreams. I made an early decision that I was going to make a name for myself".

Prior to real estate, Brendan served as an adjunct professor at his alma mater, the University of New Hampshire. When not consumed with real estate, his passions include travelling and staying active.

"It is with great confidence that we recommend Brendan D'Orsay to effectively represent anyone renting, buying, or selling a property in New York City. Brendan successfully leased our first investment property and guided us through the process along the way. We are pleased to highly recommend Brendan and will surely work with him again in the future" Larry, RL89 Realty

"Hi Brendan, I can't thank you enough for all of your help in getting my daughter Rachel an apartment. You made Rachel feel very comfortable and were very caring towards her. I am so glad that we met you. Thank you again" - Carole L

"Brendan came highly recommended to us by a friend after several failed attempts at buying an apartment on our own. Assuming going in that he was like other brokers we had dealt with, we were happily surprised by his dedication and sincerity. We had never been through the process before and Brendan helped us every step of the way. It was refreshing to have someone we felt was truly on our side, and even months after we moved in he would still check in with us to make sure everything was going well. Thank you Brendan for all of your help!"- Meaghan S