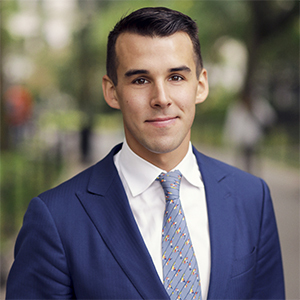 $27.5M home is the priciest listing on Manhattan's Upper West Side

The Upper West Side’s most expensive house for sale has a basement basketball court for $27.5M

Most expensive townhouse on Upper West Side to hit the market at $27.5M

How Celebrity Neighbors Push Prices Upward, and Put Neighborhoods on the Map

6 Gorgeous Rentals All Over NYC to Call Home Sweet Home

Our Favorite Listing: A TriBeCa 3 Bedroom Soon To Be On The Market

How Luxury Buildings Are Adjusting for a Future of Social Distancing

Homes That Sold for Around $1 Million

Real estate operates on one of the most basic of all economic principles, supply and demand

An NYC Penthouse Once Owned by Britney Spears, Cher, and Russell Simmons Is For Sale

Poison Paradise: NYC Penthouse Formerly Owned By Britney Spears Is On The Market For $6.995M

Britney Spears' former penthouse that was also owned by Cher, Russell Simmons and Keith Richards, goes on the market for just under $7 million

"I previously listed my apartment for sale at 30 West St. The unit sat there for about 6 months with a previous broker. Then Ian came in and completely turned it around. He had so many innovative ideas to stage and market the unit, which created a volume of traffic. The place sold less than a month later. Not only does Ian have an impeccable eye for detail but his expertise in the business, legal, and lending field created a seamless experience. He puts his clients’ interests first and truly takes passion in his work." - Jonathan K., investor, real estate developer

"After engaging four top brokers on the listing, I decided to go in a different direction and bring Ian Slater in on the listing. Ian took charge and in short order brought energy and focus to the property that was unprecedented. End result...a sale several months after he listed the apartment" - Frank Sciame, CEO and Founder, Sciame Construction

"The minute we reached out to Ian, he was genuine, reliable, and relentless in finding us our new home. The New York City market can be intimidating, but we knew we were in safe hands. For us, it's now a no-brainer: Ian is our go-to agent." - Rich and Brent, attorneys; Davis Polk, Skadden


"Ian sold our condo quickly and for the highest price per square foot in the building that . Most impressive is the fact that he accomplished this in a softening market. Ian’s professionalism, market knowledge and work ethic made for a smooth and successful transaction. We recommend Ian without hesitation.

We interviewed several agents and gave the listing to Ian because he was the most knowledgeable and best prepared. Ian had conviction around the markets and ideas on how best to navigate them. As we embarked on the listing and sale process, we happily discovered that Ian is also one of the most responsive people one will ever meet. He is dedicated to and focused on his clients and the transaction. From our initial meeting until closing, Ian was readily accessible by , sms, phone and in person.

Ian has his finger on the pulse of the buyer as well as access to a deep of global buyers. While we were preparing the unit for showing, Ian was proactively mining his network of potential buyers. Once the unit was ready, Ian hired a professional photographer. The printed materials were full color and printed on quality paper stock. These marketing materials presented our condo in the best possible light across multiple media channels. The results: within two weeks of the listing going live, the condo went into contract.

Ian is highly personable and a pleasure to work with. He is analytical and data driven and also possesses great intuition. He has a sense for knowing what would be most impactful to potential buyers and made suggestions that he thought would have the greatest return. He is well connected to other professionals in the real estate industry ranging from lawyers to stagers to cleaners and will help you both develop a strategy as well as execute it." - Kelly C., Investment Banker, Barclay's

"Our apartment was on and off the market for a and a half. After our first broker failed to bring a sale, we interviewed a number of brokers, Ian Slater was among them, but we went with another broker. At the time we thought Ian was representing a higher price point and we would not get the attention those multimillion-dollar properties received. BIG MISTAKE!

The second broker was also unsuccessful, and the apartment was then taken off the market. Ian saw that and he immediately contacted us. We needed no prompting, Ian made solid, concrete and inexpensive staging suggestions, even before we signed the listing. Ian was relentless, he and his team ran an open house every weekend, followed every lead and GOT THE JOB DONE." - Sharon and Steven P., Midtown penthouse owners


"Ian was a referral from a friend of mine. I had told my friend I needed someone with the energy and effort to find me an apartment quickly after. I was moving out of my rental apartment and looking for something permanent to purchase. I had a few months before my lease was up, so in an ideal situation hoped to be moved in when the lease ended.

Ian stepped in and right from the start took the time to understand what I was looking for and important to me. He sent me listings to look at to narrow down exactly what I was looking for. After seeing just 3 apartments, he took me to a unit on East 8th Street and just like that we made an offer before it went on the market, it was perfect! Ian is extremely motivated, easy to work with, a listener, and very knowledgeable in the industry. He made this process so seamless and found me my dream home!" - Erica Figliolia


"We originally engaged Ian to find a two bedroom rental. Before long, it became clear that it might make more sense to buy v. rent. Ian patiently brought us up the curve on the market and presented us with many alternatives. Early on, he noted the unit that he believed offered the best potential value proposition. By the end of the process, he negotiated a very impressive deal and we ended up purchasing it. Without his detailed-oriented market knowledge, communication skills, and negotiation skills, we would have never done it. We’re thankful that we were introduced to him and we would strongly encourage others to work with him." - Global Equity Investor


"Ian was introduced to me via the concierge at the Four Seasons hotel, as I was in need of an apartment swiftly and did not have much time to look. He listened to my needs and narrowed my options down to three perfect options, but the best one had an offer on it. Through Ian's diligence, drive and connections, he was able to secure me that apartment regardless, where I have lived happily for three years. Additionally, he has been instrumental in helping my daughter find a beautiful apartment to purchase downtown, and I have recommended him to multiple family members and close friends. He is without a doubt the best broker in New York, knows the market better than anyone I have spoken to, and will become a close friend to anyone who works with him!" - Nina A.


About Ian
Attentive, client-oriented, personable and intelligent, Ian Slater is a real estate advisor and top-producing agent at Compass. As founder of the Slater Team at Compass, he leads a team of agents focused on discretion, sophistication and peerless client service.

Ian has consistently outperformed his client's expectations with his data-driven approach to sales and rentals, resulting in building sales records in multiple condominiums and cooperatives across Manhattan. His unequaled understanding of the market, diligent approach, and trustworthiness has led to a loyal network of top-tier clientele, including international CEOs, celebrities, royalty, entrepreneurs, and investors.

Prior to joining Compass, Ian worked at another top firm and was involved in over $500 million of transactions since entering the business in 2013. He has sold across Manhattan and Brooklyn, and holds significant experience in condominiums, cooperatives, townhouses, rentals, and new construction, as well as off-market equity deals. In addition to this, Ian is himself a multifamily investor, and understands legal, financial, and management nuances of ownership.

Ian, a resident of Greenwich Village, studied International Relations at Brown University, where he was the captain of the Varsity Swim Team. Outside of real estate, he remains an avid athlete, still competing in triathlons.

Introducing 208 Delancey, a one-of-a-kind building whose curved exterior, rounded corner windows, and spacious balconies bring light, air, and views to everyday life. Designed by award-winning architect, ODA New York, this urban sanctuary offers a collection of 85 residences ranging from studios to three-bedroom condominiums, along with a collection of distinctive Penthouses. 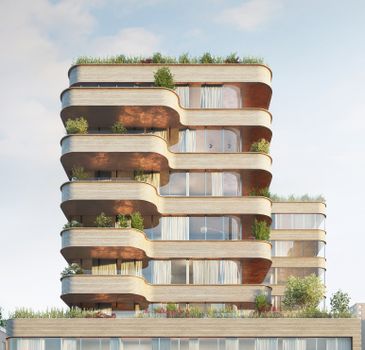 570 Broome is a collection of 54 one to three bedroom loft-style contemporary residences with iconic New York City views that draw inspiration from the history and style of West SoHo. From acclaimed architect Tahir Demircioglu, with impeccable interiors by Skidmore, Owings and Merrill, the design references the area’s industrial past via soaring ceiling heights and a silhouette evocative of staggered cubes. 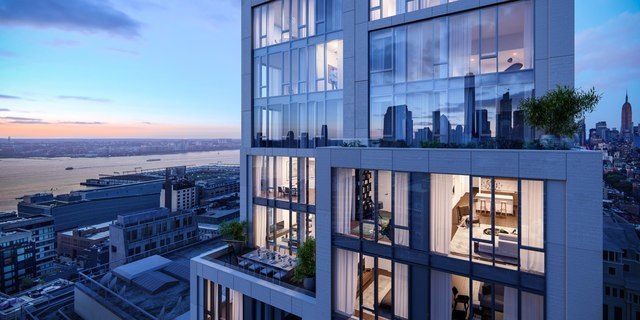