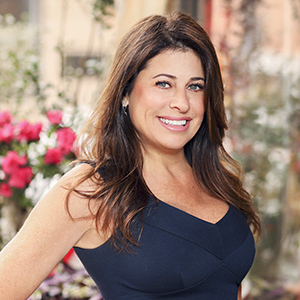 StreetEasy: NYC Apartments $850K: What You Can Buy Right Now

A native New Yorker, Laurie Karpowich brings an unrivaled insider's perspective and a deep devotion to customer service to every real estate transaction. "I have always been in sales, and I truly believe that, no matter what you sell, you need to be passionate and take the transaction from beginning to end with that same passion," she says.
Laurie's foray into real estate began with her own smart investments, both in New York City and Florida, while becoming a star in the Wall Street community. There she spent 16 years selling hardware, software and services to Fortune 100 companies, culminating in her role as Senior Executive Vice President of Sales for Sungard Trading Systems before turning her focus to real estate full time. Ever since, she's been earning praise among both buyers and sellers for her perseverance, unwavering professionalism and the effortless ability to bring practicality and calm to even the most stressful of circumstances.
A 25-year resident of Greenwich Village, Laurie earned Greenwich Village agent of the year accolades in 2015 and has consistently ranked among the top 0.5 percent of agents nationwide. She holds a MA in economics from SUNY Buffalo, a BA in communications/sociology and an AA in PR/advertising. In her free time, she enjoys visiting the city's great restaurants and cheering on her New York Jets.