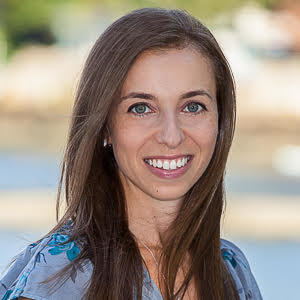 Instagram
About Alicia
Award-winning real estate agent bringing her New York network to South Florida.
With over $120,000,000 in sales over the last 12 months, Alicia Beldengreen Gold, is a highly experienced agent in South Florida – focusing in Delray Beach, Boca Raton, and the surrounding areas. She is dual-licensed in New York, and is particularly skilled in helping those that are relocating or buying second homes in the area. Past clients describe her as “honest”, “knowledgeable, competent, enthusiastic” and “super responsive” – in sum – “a fabulous broker”.
As a former Investment Banker and Wall Street trader, Alicia brings a highly analytical perspective to every real estate transaction. Her previous work experience as well as her New York upbringing, has helped Alicia amass a highly valued network and source of buyers for her Florida sellers and succeeded in bringing the buyer to many of her own listings. She goes above and beyond for her buyers, locating the perfect home whether its listed on the market or through her vast network of potential sellers and other local agents.
The words “full service” are taken to heart when working with Alicia. Her mission is to help her clients with every facet of their move from analyzing comparable data to finding local vendors, kids classes, camps and everything in between.
Alicia has been featured in media publications and won many real estate awards, including: Top 100 Agent Westchester County (The Real Deal, 2019), Rising Star Award 2013, Star Award 2014, and Superstar Award 2015, 2016 and 2017. She also was named a Five Star Agent in 2017, 2018 and 2019.
Prior to joining Compass, Alicia was an agent at Platinum Drive Realty and, before that, she had a successful career on Wall Street for 8 years working in Investment Banking and Sales/Trading at Goldman Sachs, Barclays Capital and Piper Jaffray. Her career in finance helped nurture her drive to succeed, instilled an unrelenting work ethic and taught her how to serve clients’ needs. Alicia graduated with highest distinction from the University of Michigan – Ann Arbor with a BA in Economics and is a graduate of Scarsdale High School.
Alicia is a member of the Realtors of the Palm Beaches and Greater Fort Lauderdale, Westchester County Board of Realtors, and the National Association of Realtors.
Having personally moved to Delray Beach with her husband and 2 children, Alicia looks forward to introducing you to the communities and lifestyles of some of South Florida’s most desirable neighborhoods.
Spotlight