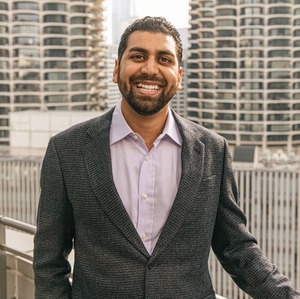 ★★★★★
"Aaron is super helpful and very responsible! He helped me find my ideal apartment. I was struggling to find a reasonable price apartment in the area I would like to live in. And without the help of Aaron I won’t be able to got a such nice deal."

★★★★★
"Aaron is superb with his expertise and negotiation skills .We were first time home buyers with lots of questions ,one point i want to clear Aaron was very calm and clearly explaining every answers in details that was we are expecting from our agent (Aaron).He is very punctual and on time always.This is first time in my life Iam giving a review online for someone. Thanks Aaron for start to finish process of buying new home which was really a peace of mind . Will pray and wish loads of happiness and great success for you always ! " - Musarath K

★★★★★
"He was very responsive to emails and text messages, with no question to small or silly. We looked forward to going to showings with him on the weekends or evenings because we knew they would be productive and he would never allow us to settle for less than a perfect place" - Kirsten W

★★★★★
"Aaron is an amazing agent and does a really good job tailoring the home search to your needs. He has a consultative approach when helping you find your new home, he is responsive, caring, and always there for you when you need him. Highly recommend!" - Barbara W

★★★★★
"Aaron is amazing. He asked what I was looking for, my price range, and then found what I wanted. He was happy, easy to work with, and very responsive to my specific needs. I told him I was on a short time frame and he worked on a Sunday to help me." - Carla B.

​​
About Aaron
From Oklahoma to the big shoulders of Chicago, Aaron is the epitome of a small-town boy moving to accomplish big city dreams. His road to real estate started with medicine and for all the better, real estate is what he does and who he is. After the transition to real estate, Aaron’s name became to be whispered amongst the buildings of Chicago, and pretty soon, his mark was being made.

Four years later, he has been named Top Producer at Left Bank, K2, The Hudson, Wolf Point West, Exhibit, Mila, Marquee, 200 Squared, and Linea and this is not where he stops. Above all, Aaron believes in establishing rapport with his clients to deliver the best experience. No budget, requirements, or time should stop you from living your dreams in the city. After all, it did not stop Aaron.