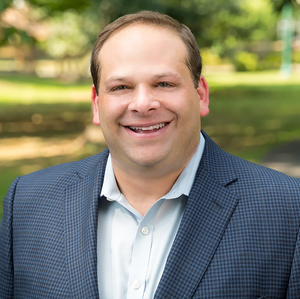 "★★★★★
"I have bought and sold 6 homes in my life. Adam is the hardest working realtor with whom I have ever worked. Adam put together very customized marketing our house, including getting our home profiled in a Washington DC area home magazine. He availed himself on nights and weekends, including meeting service providers at the house to expedite the (a locksmith was needed, Radon tester, etc.). fact, the evening we received our offer, Adam not only came by to review the offer, but he completed the and returned that same evening around 1030pm to ensure we had everything as quickly as possible. Because Adam was so committed, it made it easy to not worry about many of the details that always can sometimes create issues. I cannot recommend Adam more. When I intend to buy and sell my next home, Adam will be my first call. " - Steve

★★★★★
"Adam is an excellent realtor who helped me rent an apartment almost two years ago. He works to make sure you find a place to live that you truly love. He is personable, hard-working, and willing to go above and beyond to ensure that you are happy. I highly recommend him!" - Amy

★★★★★
"We loved working with Adam! We were first time buyers who knew nothing about buying a home and Adam put us completely at ease and patiently guided us through the entire process. From our first meeting with him, we felt so comfortable with him and knew he would never pressure us into anything and really wanted us to find the right home for us. Adam is also extremely organized and pleasant to deal with. We can’t recommend him enough!"

★★★★★
"As new homebuyers Adam had to walk us through every step of the process - and he did so with ease and patience. Adam made himself available at all times and was always happy to answer questions - no matter how small. He worked diligently to fit showings into his schedule - even if requests were very last minute. In the end it felt more like we were being guided by a friend - Adam made the whole experience very comfortable for us and we'd highly recommend him to others. "

★★★★★
"If you're looking to buy a home in DC or Maryland, Adam's your guy. He's extraordinarily knowledgeable of the market, understood our wants and needs, and went above and beyond to make sure we closed on our dream house. He worked tirelessly with us and was available morning, day and night to offer insights and solve problems as they arose. Adam had our best interest as his top priority. During closing, the seller's agent went so far as to say that Adam was the best agent she's ever worked with. We feel the same way."

About Adam
Adam is his 5th year as a real estate agent, with Weichert Realtors and now COMPASS after experience settlement and as a mortgage lender. Earning “Rookie of the Year” honors in his first year in the business, he has garnered “Executive Club” status in year two and three of his career and “Presidential Club” status in year four. Featured as a “Rising Star” in D.C. Metro Real Producers Magazine in February 2018, Adam concentrates on the Washington D.C., Montgomery, Howard, Frederick, Prince George’s and Anne Arundel County markets. He is also a proud member of the Washington D.C. Metro Area Real Producers, which is a network of real estate agents with production volume in the top 5% of all agents in the region.
He credits his success by differentiating himself with his extraordinary knowledge, connections and hard work. He prides himself in full “Concierge” service his clients and specializes business by referral, relocation expertise and geographic farming.
A 4th generation Washingtonian, Adam grew up with a large extended family, many of whom were involved in real estate development and real estate law. Raised in Montgomery County, Maryland, Adam attended the same high school, Walter Johnson, as his father, and the rival of his mother’s school, Bethesda Chevy-Chase. In addition, Adam’s paternal and maternal grandfathers were in the same graduating class of Eastern High School in South East Washington, D.C.
Now, residing in Derwood, Maryland with wife Georgia and dog Ramsey, Adam is an avid sports fan, game player, food and wine connoisseur, and spirited traveler. Adam also is a donor, volunteer and member of Best Friends Animal Society, supporter of the Maryland SPCA and Humane Society, Co-Chair of the monthly Rockville Men’s Homeless Shelter Thursday dinner and member of the Georgetown University Hoya Hoops Club.