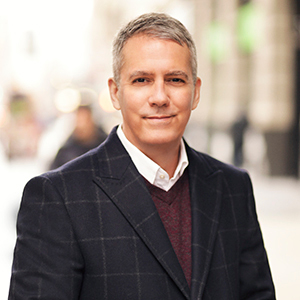 ​ ★★★★★
""We hired Adam and Zoya after interviewing SEVERAL brokers. My husband is a real estate attorney and we’ve sold and bought a total of 5 homes. We were no longer spring chickens and had experienced enough incompetence in the broker realm to know exactly what we were looking for and we weren’t going to settle. Adam and Zoya came right over and it was love at first sight. It was clear if we hired them we would get and incredibly competent duo. What we didn’t realize at the time was how amazingly tenacious and knowledgeable they were when it came to marketing and negotiating our sale. We had previously taken our own (really beautiful if we do say so ourselves) pictures when we attempted (and failed miserably) to sell our house on our own. Nonetheless Zoya insisted they take new ones with their photographer at their expense. We were blown away by what they produced. Further, they knew exactly when to strategically list our house and set up an open house on the perfect day, striking when the iron was hot. The morning of the open house, Zoya came over and neurotically fluffed every pillow, refolded every blanket, and straightened every vase. I might have fallen in love right then and there if my husband hadn’t been home. Within 6 days, we had several offers. We were eager to accept a particularly strong one but Adam and Zoya encouraged us to be patient and boy did that pay off. Literally. We ended up selling WELL over ask, thanks to Adam and Zoya’s incredibly savvy negotiating skills. Selling a house is a stressful time but we found that we looked forward to our meetings with Adam and Zoya. There was a lot of laughing. Zoya and Adam find a way to be both incredibly professional and totally personable. Further, no silly question, call, or text (from my husband-all my questions were very valid) ever went unanswered. We hope we have found our forever home but if we ever need to list our house again, Adam and Zoya will be hearing from us. Once you go Adam and Zoya, you don’t go back.""W.D.-jannawohl

★★★★★
"Zoya and Adam were brilliant and wonderful realtors for several reasons. First, Zoya brings a beautiful warm energy to the process which initially led me to feel I could trust her in the complex process of readying and selling the home I had lived in for over 25 years. Second, Zoya and Adam complement each other and Adam has very wise marketing strategies that resulted in a super quick sale of my house. Third, their work ethic enabled them to speedily ready my house for a quick sale in my absence. How amazing is that. Fourth, they staged my home so beautifully and had such excellent photos on line that I felt like I wanted to buy it myself. They saw the strengths in the house and property and knew just how to present them in compelling photos and actual restaging the house. Fifth, their communication with me could not have been better. We talked and texted and even though I was in Florida at the time the house went on the market, I felt I was well informed every step of the way. Sixth, they priced my house very wisely and as a result it sold for over asking in a final request for last and best offers from potential buyers. We accepted an offer four days after it was first listed and were in contract immediately. They vetted all potential buyers and offered their thought on the finances of the final two competing offers. I could continue to list their strengths and skills, but instead I will close my review with the following comment. I am deeply grateful to Zoya and Adam for their assistance and their guidance in the sale of my home. I can recommend them as realtors with no reservations and a huge round of applause!!!"

★★★★★
"Adam is a phenomenal broker. He is professional, accessible, courteous and highly respected. He knows this industry inside and out. His attention to detail sets him apart from others. Adam has listed and sold two of my homes (very quickly, I might add) and he has also found a home for me to buy, as well. As long as Adam is a broker, he will be my broker. I cannot recommend him highly enough."

★★★★★
"Adam and Zoya were fantastic to work with to sell our coop. They brought in a photographer who took really beautiful photos of our place that made it look amazing. And they helped facilitate various logistical issues/repairs that came up. They were very available to talk through the process early on. Overall we were very satisfied with how they dealt with selling our place."

★★★★★
"Adam and Zoya are true professionals. Very easy to work with and extremely trustworthy and knowledgeable in the real estate community in the Upper West Side of NYC. They worked very well with our co-op board and we’re always very responsive to any questions and concerns we had! Highly recommend them!!!""

★★★★★
"Zoya and Adam were an excellent team! We could not recommend them more highly. We first connected with Zoya when we were looking at a property represented by her and Adam. We did not end up making an offer on that property, but could tell she had an eye for the modern yet classic aesthetic Hannah and I loved. She also was someone we got along well with and that means a lot during the stressful process of buying a home.
Here are the reasons you should really should look no further for your real estate agent:
Negotiation:
Zoya is a total pro. I am new to home buying, but I work in M&A and I am no stranger to negotiation. Zoya was incredibly skilled at gaming out negotiations and getting the best possible outcome. I am confident her skills ultimately saved us many thousands of dollars. No pressure: She showed us a number of properties. She never pushed us and was very patient with us (we are new home buyers so we had a lot to learn). We found a home that we were on the fence about buying. The decision to make an offer came down to Zoya’s recommendation. She could have easily pushed us in the direction of buying the property after a long search, but instead she read that we were not that excited and told us to hold off: “This was not the house.” I felt like she had our interests at heart and it saved us from making what I feel now would have been a terrible decision.
Support:
Zoya and Adam helped us sort through the process of not just buying the home, but finding contractors and identifying costs pre-acquisition. We ended up working with an excellent group of contractors who renovated our home at a fair price and followed Adam/Zoya’s many tips for how to increase our home’s value.
Navigating Mortgage:
The home buying process is an absolute nightmare. Hannah and I are both self employed and as I now know banks don’t like self employed individuals. Beyond self employment, I have extremely complex tax returns. Most mortgage brokers could not navigate my returns. We had a number of brokers turn us down. Long story short, we lost confidence in our ability to get through the process. I was sure this lost confidence would impact Zoya’s interest in working with us. I believe I was rather transparent about the difficulty of the process and Zoya was very encouraging. She never doubted our ability to pull it together and referred us to a number of contacts that helped us resolve our issues.
Decent People:
Zoya and Adam are just good people. They are good people in an industry dominated by people with questionable character. Even when I got COVID (long after we closed on the house), Zoya came by and dropped off food on the porch.
What is the moral of the story? Hire Zoya and Adam. I really don’t think you can do better."" -j.holsap Bronxville, NY"


★★★★★
""Adam and Zoya are the absolute best. Top notch, professional, well experienced, helpful, and caring throughout the selling process. They helped me sell my apartment extremely fast!! I could not have asked for a better team. I am so grateful to them.""W.D.-Irvington, NY

About Adam
Licensed since 2001.
Born and raised on the border of the West Village and Chelsea, Adam Trese combines the unique perspective and hustle of a native New Yorker with over two decades of experience in all facets of buying and selling residential property. Unlike most agents, he’s had a first-hand look at the evolution of nearly every neighborhood in Manhattan and knows their unique characteristics, advantages, and drawbacks.
In addition to his career in real estate, Trese also remains active as a mainstay of the New York acting community, working everywhere from Tony award-winning and nominated Broadway shows (12 Angry Men & A View From the Bridge) to television (Blue Bloods, Law & Order, Sopranos) to featured roles in critically acclaimed films (Laws of Gravity, Palookaville, Rob the Mob, and most recently, Peter Berg’s Patriot’s Day (with Mark Wahlberg, Kevin Bacon & John Goodman). Thanks to the support of his team at Compass, he is able to seamlessly transition between creative and business careers, and he channels the same drive, creative flair, and flawless work ethic, honed from years of acting, into his work with his clients at Compass.
A graduate of the Realtor Institute, he is comfortable working with any type of client. Having been represented in the past by top talent agencies, he is keenly aware of what it takes to make people feel valued. And while many of his listings have been featured in the New York Times and the New York Post, he also knows how to practice discretion when it’s called for.
Highly perceptive and detail-oriented, he prides himself on his strong relationships, working closely with some of the industry’s leading photographers and designers to highlight the best features of a given property. Likewise, he is known for being quick to generate urgency and buzz, whether it’s for an East Village walk-up rental or a luxury home in the suburbs.  While he works primarily with clients located in downtown Manhattan and Westchester— focusing mainly on sellers—he is versatile and experienced enough to work anywhere and has struck deals in nearly every neighborhood. A homeowner himself, he enjoys spending his free time running, scuba diving, practicing meditation and relaxing with his wife, and business partner, Zoya, their two children, and their rescued Labrador mix, Koko.