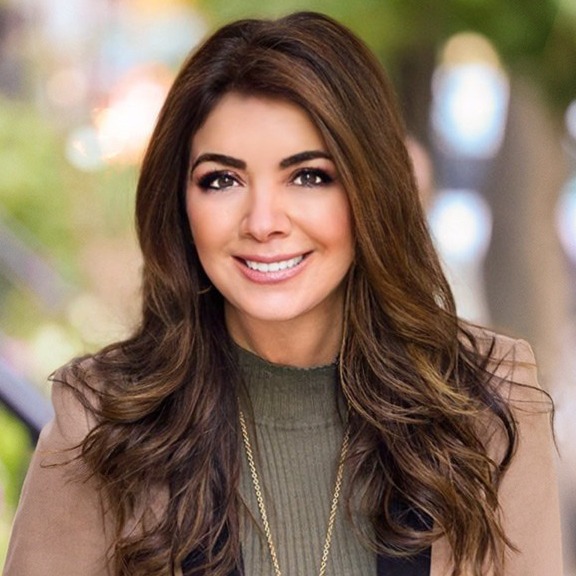 Named a “Woman of Influence” for over a decade by ALM’s GlobeSt.com and Real Estate Forum

When talking about NYC real estate, what is a family office anyway? Durst, Rudin, Brusco?

Retail Condo Listed for Sale in Circa-1887 808 Broadway

Adelaide Polsinelli is looking to work her magic on the Halloween store at 808 Broadway.

Deals of the Day

Here are our picks for our Women of Influence awards in 2021.

A major Diamond District investment deal closed this week along with several big financing deals as the leasing market slowed.

Where Has All the Cash Gone?

Much Of NYC’s CRE Business Has Moved To Florida. Will It Stay?

CRE Auctions Get Their Moment In The Sun. Will It Last?

‘This Too Shall Pass’: 43 Real Estate Execs On The Biggest Lessons Of 2020

ON THE SCENE: What’s for sale in NY’s middle market

COVID Is Forcing More Women Out of the Workforce. What About in Real Estate?

Polsinelli To Sell “The Broome Hotel” In The Heart Of Soho

Lightning round: Top teams on how they’re thriving through 2020

2020 Women in RE: Adelaide Polsinelli, Compass

Industry looks to IRS for Relief on 1031s

VIDEO: Behind The Scenes Of The Real Estate Board Of New York's 124th Annual Banquet

All I want for Christmas is a rent regulated apartment

Women in Real Estate: Compass’ Adelaide Polsinelli Mastered the Art of the Deal

Real estate veterans will get schooled by this new law

Banker gives us five good reasons to be glad summerʼs over

Nobody move! Renters stay put as owners sell in bulk

Retailers asking: If you feed them, will they come?

Tesla’s Surprise $6,410 Price Cut Sparks a Rant From One Devotee

Duane Reade on Columbia U. Campus Hits the Market

ON THE SCENE: Polsinellis to market retail condo in NOLITA

Compass Expands Presence in NYC with Purchase of Stribling

Bloomberg: Chrysler Building to Sell to RFR for About $150 Million

Mann Publications - Representing Family Owners One Building at a Time

BISNOW: What You Need To Know About Amazon's Stunning Rejection of New York City

Bloomberg: ‘You Gotta Be Kidding Me!’ Amazon’s Threat to Back Out Shocks NYC Real Estate

Commercial Observer: Getting CRE Out of Its Male-Dominated Status Quo

The Wall Street Journal: Chrysler Building, a Famed Slice of Manhattan Skyline, Is on the Block

Commercial Observer: What Will 2018 Look Like in Commercial Real Estate

Commercial Observer: What does October's Abysmal Showing on Wall Street Mean for Commercial RE

Bloomberg: Amazon is a Long Way from Settling Down in Chosen NYC Home

The Real Deal: Can Compass compete in commercial?

The Villager: A less-bleak Bleecker? Rents down, hopes up

The Real Deal: A peek at all the new development coming to Roosevelt Island

Commercial Observer: Was It a Slow Year for New Yorkers at ICSC?

The Wall Street Journal: What Slump? Some Manhattan Retailers Look to Own Buildings Instead of Renting Them

Habitat: Bricks & Bucks - Is the 99 year lease going to become the new normal?

Habitat: How a Land-Lease Co-Op Landed in Real-Estate Heaven

Real Estate Weekly: On the Scene

Behind The Scenes Of The 124th REBNY Banquet

Midtown, The Birthplace of Holiday Retail

The Nooks and Crannies of Tribeca

What You Don't Know about NYC's High Line

All Aboard the Upper East Side and 2nd Ave Subway 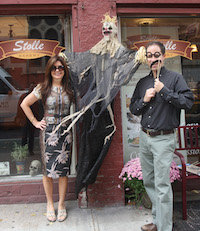 A Look at Little Italy & Nolita

A Look at Soho's Rich History

The Rise, Fall and Rise of Morningside Heights

The Upper West Side's Past and Present Renaissance

Representing Family Owners One Building at a Time

The Jewish Voice: As Commercial Deals Trickle In, NYC Real Estate Industry Confidence is Up 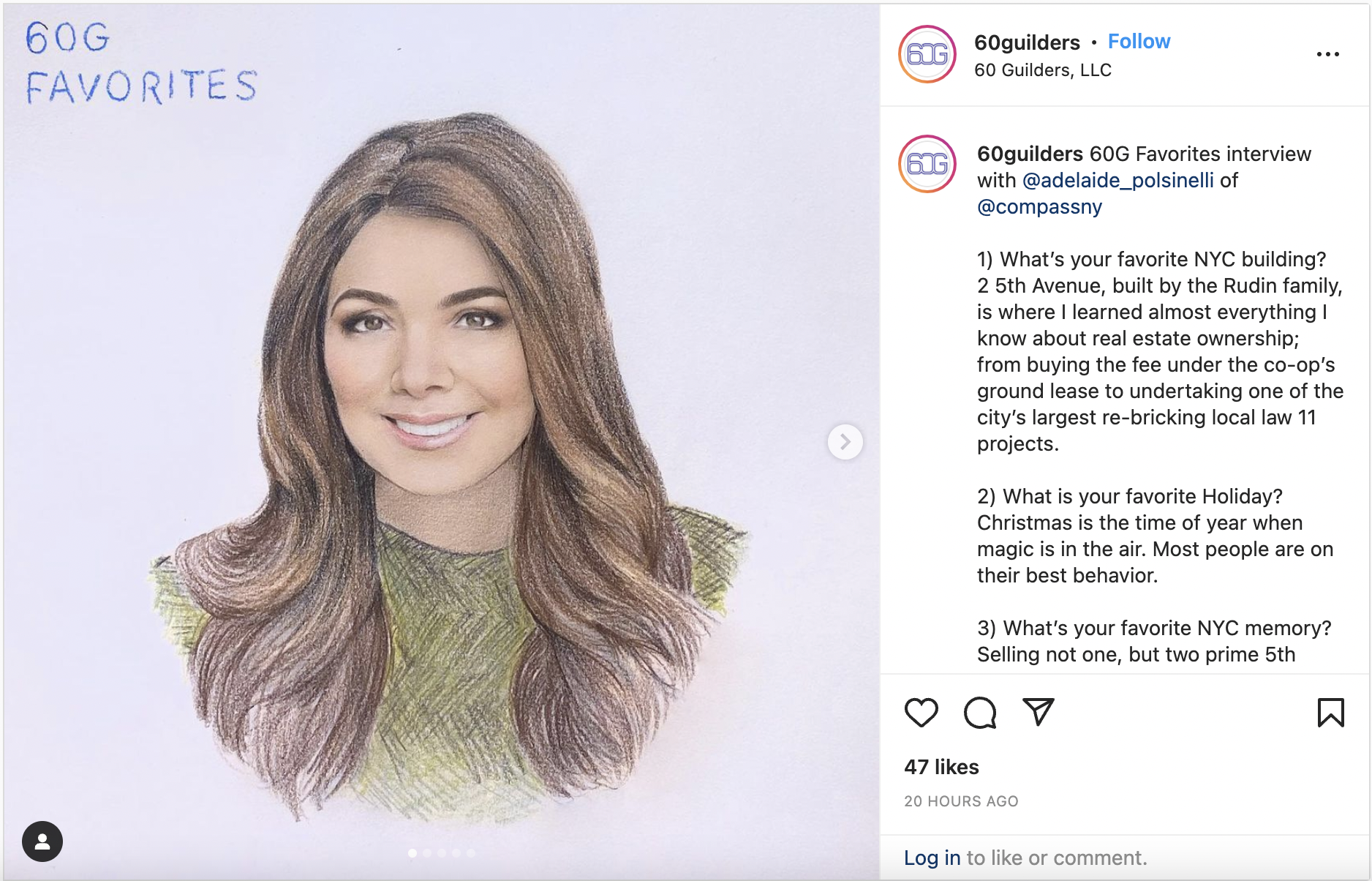 About Adelaide
For renowned industry expert Adelaide Polsinelli, real estate isn't a job, it's a way of life. With that passionate attitude and a deep well of talent, she's been breaking records and shaping industry trends throughout her more than 30 years in the business. She has an impeccable decades-long track record of consistently selling real estate backed by extensive market knowledge, experience, and a solid reputation of commitment to her customers.
Adelaide sold over 1,500 properties valued at over $40 billion in every asset class, including multifamily, retail, office, , unsold shares, retail condos, partnership interests, loans, note sales, hotels, air rights, inclusionary rights, assemblages, developments, garages, SROs, IMDs, co-ops, and condo sales.
In addition to selling and advising on all real estate asset classes, Ms. Polsinelli previously headed the Retail Sales Division at Eastern Consolidated, where she led the firm's brokerage, advisory, financial structuring, and marketing services for the sale of all retail-driven deals from retail condominiums, office buildings, taxpayers, shopping centers, mixed-use residential buildings, and hotels, to high street retail properties. Through her leadership, she was instrumental in classifying retail condos as a new real estate asset class, the urban equivalent to triple-net-leased properties.
Adelaide's mission of treating each deal not as a commodity but as a creation, allowed her to achieve record breaking prices for notable deals such as; The $101,000,000 sale of the Jewelry Building on 5th Avenue in the heart of midtown Manhattan, The $107,000,000 Lee Portfolio in Williamsburg, Brooklyn, The TGI Friday's flagship at 604 5th Avenue for $45,000,000, The Hotel Verite at 893 Broadway, The Sutton Place 280,000 square foot development, SoHo's "The King of Greene" building at 72-76 Greene Street; 530 Lincoln Road and the "Diesel/ Dash" Retail Center in the heart of South Beach; The Hit Factory at 421 West 54th Street; 711 Madison Avenue "The Roberto Cavalli Building; The "Children's Wear" office building in Midtown; The Marriott Courtyard Hotel site by the New Freedom Tower, The "Stefano Ricci" retail flagship on Park Avenue; The famed "Knitting Factory" building in TriBeCa; The Promenade a 350 unit Mitchell Lama Building; The "Le Figaro Café" building on Bleecker Street; The "Interior Design Building" in Midtown East; The "Dylan Hotel" on 41st Street; a nine-building package in Chelsea; four prominent Upper West Side hotels; and the "Eastbridge Landing" development site at First Avenue. Ms. Polsinelli was responsible for the development of a Times Square $200 million hotel development which is now a Marriott Hotel. She is also well established as the go-to broker for lenders, having sold portfolios of notes, loans, and REO's.
She is regularly called upon as a well-regarded co-op and condo expert, known for uncovering value for co-op and condos by methodically structuring the various components of their real estate to generate optimum value. She created assemblages using inclusionary air rights and buying air rights from co-ops and condos, as well as unfolding entire co-ops and reorganizing the retail leases resulting in unexpected windfalls.
With utter devotion to helping owners create wealth, Adelaide earned a reputation for her methodical and strategic approach, her ability to identify and forecast trends, and her knack for creating opportunities and driving value. She's also an uncanny matchmaker who considers every introduction an opportunity to connect people and drive deals. Adelaide comes to Compass with a stellar career of selling and advising on all asset classes.
Not only is Adelaide a celebrated expert in the industry for her ability to identify and forecast trends, but she can formulate opportunities to create additional value in her assignments. With her expertise and value-added approach to traditional investment scenarios, Adelaide mastered the art of building lucrative portfolios for her clients while also creatively resolving complex situations involving partnership disputes, financing challenges, and various other obstacles. She is a co-op and condo liaison, sought-after columnist, and speaker whose articles have appeared widely in the press. She is a contributing writer for several industry publications such as The Commercial Observer, Shopping Center Business, Real Estate Weekly, The Mann Report, National Real Estate Investor, The Real Estate Journal, The Retail Report, Real Estate Forum among others. She is an expert speaker and industry thought leader for a variety of functions and panels.
Adelaide is well known for her mentoring program where she offers college students opportunities to learn the business under her guidance. She has been named a "Woman of Influence" by ALM's GlobeSt.com, Bisnow, Real Estate Weekly, and Real Estate Forum and one of Commercial Observer's "People to Watch". Adelaide has also been a repeat recipient of the prestigious Investment Sales Broker of The Year Award. She is also featured on Globe St.com as one of New York City's Signature Brokers.
Adelaide has been a lecturer at New York University's real estate school as well as Baruch. She has also been a regular source and thought leader for the Wall Street Journal, Crain's, New York Public Radio, New York Times, New York Post, Bloomberg, and Globest.com to name a few. She has been a guest speaker at New York Appraisers Institute, Bloomberg News, Commercial Observer, and REBNY.
Prior to joining Compass, Adelaide was a Principal at Eastern Consolidated, as well as Vice President at a publicly-traded national investment sales firm. She served on the Board of Directors of both the Kidney & Urology Foundation of America and the St. George Foundation. Most notably she had served as President of 2 Fifth Avenue for over a decade, a 350-unit co-op building where she successfully bought the land under the ground lease for the co-op. She founded the Central Village Co-op/Condo Association (CVCA).
Member of New York Women Executives in Real Estate
Adelaide holds a degree in finance and real estate from NYU and is a member of REBNY, ICSC, and WX.
Leasing Reality: Real Estate REality Check Podcast Episode 060
See Recent Transactions