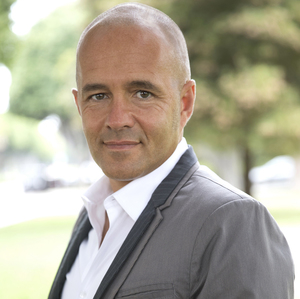 Always passionate about real estate, Alan honed his skills and instincts as an investor with properties in the US and Canada before becoming a Realtor. Alan is a true citizen of the world having been a resident of New York, Moscow, Toronto, Rome and now Los Angeles. Alan sees a unique opportunity in Los Angeles as one of the most interesting and inspiring places in the world when it comes to the diversity of topography and architectural design. As Alan developed his real estate investments, he gained knowledge and experience in property re-imagination, design and renovation.

Alan holds a degree in Economics from Carleton University in Ottawa, Canada. Prior to working in real estate, Alan spent over two decades as an entertainment industry executive, initially specializing in sales, marketing and then heading up a highly successful and innovative analytics team for a global entertainment giant. Alan’s background in data and analytics brings a sharp focus to deal negotiation, pricing and market analysis. Alan’s passion coupled with his pragmatic and thorough approach has established his reputation globally.

It is the combination of these passions and life experiences that helps Alan to efficiently guide his clients through the process of making one of life’s most important investments.

Alan is privileged and proud to be working with Tom Davila, Kennon Earl, Vince Lombardi and the rest of the incredible RARE Properties Team. For the past six consecutive years, the RARE Properties team has been ranked the #1 Team at Keller Williams Beverly Hills and also holds the distinction of being the #3 team in the entire Greater Los Angeles region based on commission and units sold.