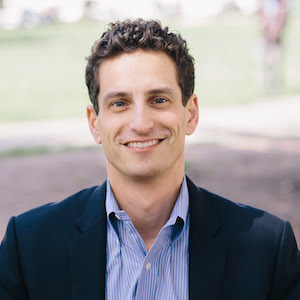 Hidden Japanese garden in middle of San Francisco? Home is yours for $4.3 million

Born in San Francisco and raised in Marin County, Alexander Fromm Lurie is ranked among the top 1% of Realtors in San Francisco and is Founder of The Lurie Group, a top producing, full-service real estate team committed to client care excellence and achieving record results.

Having overseen nearly 100 home negotiations in the last three years alone, Lurie consistently achieves record setting sales in the shortest period of time. While Lurie has brokered several sales above $10M (such as his 2018 off-market sale of 3020 Pacific for $16.5M), the bulk of his focus is between $1M to $5M where the market is most active. Lurie consistently exceeds client expectations; his $5.995M sale of 2374-2376 Greenwich Street, for example, sold for $1M more than his client had paid just one year prior (representing a 20% gain in just one year) and his sale of 723 Foerster Street sold for 25% above seller expectations.

Lurie has a record of successfully selling homes requiring a special marketing effort; to sell 60 Russell Street in Russian Hill, a home that was permitted but not yet built, Lurie hired artists to render various spaces of the unbuilt home to give prospective buyers a visual understanding of the space. These renderings, coupled with drone photography, enabled Lurie to sell Russell quickly and at a premium. When Lurie represented the sale of 462-464 Filbert Street in Telegraph Hill, a property that had previously been unsuccessfully marketed for seven months by another agent, he made several strategic edits to the property, including its restaging. The result: the home sold in 15-days for $3,821,888, significantly above seller expectations.

Lurie’s background in both management consulting (Mercer Management Consulting / Oliver Wyman) and as founder of a marketing company that he sold, gives his clients an edge in negotiation strategy, valuation analysis, and home marketing.

Alexander is an active member of the San Francisco community. He supports The Tipping Point Community, The Fromm Institute, and serves on the Board of Directors of the Jewish Community Federation of San Francisco, the Peninsula, Marin and Sonoma Counties.