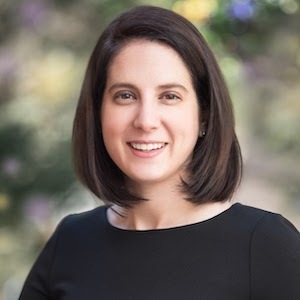 Client Testimonials
★★★★★
"Ashling is very professional and makes you feel like you're the one and only client. She's very responsive, understands the home-buying process very well, and makes you feel at ease and confident during what can easily be a stressful and chaotic process. I would definitely work with her again." - Peter F.

★★★★★
"We both bought and sold our home with Ashling. She's an amazing person to have in your corner. Our sale became complicated and she worked extra hard to get it closed. She was there offer advice every step of the way. I would not hesitate to recommend her." - Jonathan M.

★★★★★
"Ashling was super helpful in every step in our house sale: thoughtful approach to market, house prep and presentation, open house and communication with us and the prospective buyers. I would 100 percent work with her again."- Mark H.

★★★★★
"Ashling was tremendous during the whole process. She gave expert advice on where I should be looking for a house and how to make myself extremely competitive. I cannot say enough good things about Ashling. I have already recommended her to my sister and other family members looking for a home. She is extremely trustworthy, efficient, practical and just a great person all around! She even sent me a beautiful gift basket after I bought the house! She is the best real estate agent I've ever worked with!"- Tesfaye N.

★★★★★
"I have very little experience in house buying. The availability of a specific house was the only reason I undertook the project. I was familiar with one of the Shaughn & Co agents, Ashling Thurmond, and felt confident in her skills and character. I was not disappointed. She first reviewed the entire process at an initial meeting and provided me with handouts to reinforce the information. She kept in steady contact. That included status reports and reminders of things I needed to carry out. Her contacts with firms needed for a purchase were also professional, competent, and thorough. That includes an inspector and a settlement firm. She was present at meetings with them. I am as pleased with my choice of Shaughn & Co as I am with the ultimate outcome -- the completed purchase I sought."

About Ashling
Originally from Atlanta, Georgia, Ashling has lived in the Washington area since 2005. Since that time, she has worked in several Congressional offices, a non-profit trade association, and found her passion with real estate. Ashling has earned the Accredited Buyer’s Representative designation from the National Association of REALTORS. Working with both buyers and sellers in Washington, DC, Virginia, and Maryland Ashling has earned a reputation as hard-working, honest and down to earth.

Ashling holds a BA in History/Political Science from Wesleyan College, the first women’s college in the world, and a Master’s in Public Policy from American University. Ashling lives with her husband, daughter and dachshund, Heidi, in Alexandria, Virginia. When not selling real estate, Ashling enjoys travel, cooking, and hunting for mid-century modern furniture.