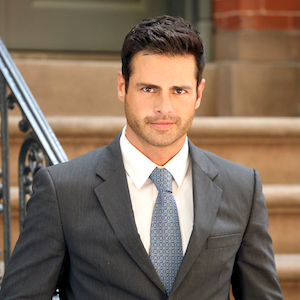 Check out our Podcast on Homesnap

Check out our Podcast on WFUV

Medium
About Augusto
Augusto Bittencourt enjoys a strong reputation in the New York real estate industry as a sales leader and top producer. His success in residential sales has earned him a place among the elite agents in NYC, known for client-centric service, in-depth market knowledge, and negotiating finesse that results in win-win deals.
He and his partner Jared Barnett are co-founders of The Barnett-Bittencourt Team, which ranked among the top 5% of agents by total sales volume. They have broken many sales records with several of their listings, and are often consulted for their opinion in media outlets like Realtor.com, Lending Tree, Property Shark, live radio shows and podcasts discussing New York real estate. Augusto and The Barnett-Bittencourt team serve the discerning needs of an international and local clientele of buyers and sellers that include CEO's to celebrities and politicians.
Augusto transitioned into real estate, his lifelong passion, after 20 accomplished years in the entertainment industry where he played in soap operas and leading roles on Broadway. His hard work ethic, keen attention to detail and engaging personality were a natural fit in a field that is equally fast-paced, interactive and competitive.
A native of Rio de Janeiro in Brazil, Augusto speaks Portuguese, Spanish and English fluently. He holds a Bachelor's degree in Journalism, and is a long-time resident of Greenwich Village in Manhattan. Augusto is also an avid supporter of the arts and charities through programs like AFA and Grupo Aplauso.

As an avid real estate investor who has worked with brokers throughout the world, I can attest that Augusto is among the top professionals I've crossed paths with. New York City is a unique market and Augusto was able to make our transaction as smooth as possible, quickly solving every issue we faced with a positive outcome. He works out of the box to achieve the best results and is extremely assertive. From the beginning until the end, he couldn't have delivered a better result from buying our investment property for a great value to renting it in just a few days in a slow rental market. This talks for itself.