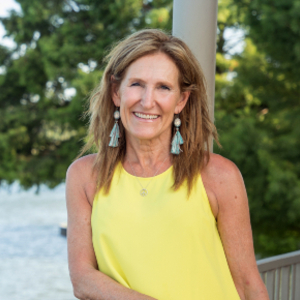 
"Beth is excellent at her job. She is thorough and professional. I never had any doubt that everything would be done correctly. She's accessible and provides instant responses to any questions that you may have. I found her personality and professionalism a good combination when making big decisions."


"Beth was an outstanding professional that took the time to find our dream house. She was patient and listened to all our particular needs. When the time came to see our original house, she was super helpful and we were able to sell it quickly with very little stress."


"Beth was absolutely wonderful - she quickly came to understand our tastes and what we were looking for in a home, then helped us find the perfect place. She also went above and beyond during the closing process by helping to resolve a couple of issues that came up unexpectedly. Beth more than earned her five-star rating with us, and I am confident anyone that has her working with them for any real estate need will get the same superior service."


"Beth is amazing and goes above and beyond to make buying property seamless! Our daughter and son in law were blessed with Beth's help finding their first house and we were so lucky to have her help us find our grandparent pad downtown! Thanks Beth!"


"Beth is amazing. She’s careful and honest with sellers and patient and wise with buyers. We’ve experienced her in both cases and will use her every time. Thanks Beth!"

Beth has been a resident of Austin for almost 30 years. She grew up in the Northeast and earned her undergraduate degree at Middlebury College in Vermont where she found time to study in between her time spent skiing. Beth then attended Yale University where she earned her Master’s Degree in Public Health. Her successful career in healthcare included such key positions as Vice President and Assistant Administrator at hospitals on the East Coast.

After moving to Austin with her husband Shelby Carter, M.D. and raising 3 children in Westlake, she turned her passion for real estate into reality by becoming a licensed realtor in 2010, and a Broker Associate by 2014.

Beth has been recognized as one of the top realtors in Austin. She has repeatedly earned a place on Austin’s Elite 25. The Elite 25 group represents Austin's top 1% of luxury realtors. Beth is also a member of Austin’s Luxury League, a select group of 30 professional realtors chosen by an advisory board based on luxury sales performance. She has been awarded the Texas Monthly Five Star Award for 8 years in a row. The Five Star Award is presented to candidates who meet select criteria based on client feedback and production. Beth also accomplished Top Ten Producer status in her office for several years. Her extraordinary network of realtors and clients provide her access to the many off-market and private listings in Austin. Beth’s reputation as a highly responsive communicator is well earned.

Beth believes in giving back to the Westlake and Austin communities. As a natural organizer, she has coordinated volunteers for the school Book Fair and has also served on both the Westlake High School PTO and the Lacrosse Board. Beth has served as the Chair of the popular Bridgepoint Elementary School Carnival. She has also participated on the Lower Colorado River Community Advisory Panel and has been elected to the position of Secretary and President of her HOA for consecutive years.

Beth and her husband Shelby, love living on Lake Austin in the heart of Westlake. When not spending time on the water, she is an avid runner on the hike and bike trail. Beth also enjoys spending time with family and friends, and the casual night life for which Austin is known. Beth is an enthusiastic participant in the Nastar Ski race program in the winter, and appreciates the mountains of Colorado for hiking or simply relaxing in the summer.

Beth is passionate about real estate and the promise of adventure that it inspires for both herself and her clients.