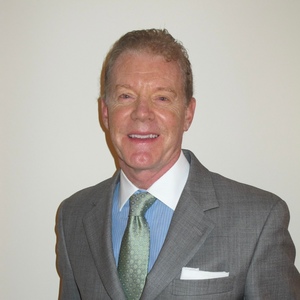 Greenwich Time: For fine art enthusiasts, one's home can be a private gallery

★★★★★
" Bill is a fantastic advisor when it comes to Greenwich real estate: he takes the time to understand what you're looking for, is extremely knowledgeable about the Greenwich market, and gives you an honest assessment of what's available in terms of location, quality, value and market trends. He is a pleasure to work with - patient, professional, and providing well-informed perspectives and advice. Highly recommended!" - MC

★★★★★
" With great pleasure I highly recommend Bill Andruss. He has well established knowledge, incredible insight and the best listening skills in the industry, which is so very important in this line of work. Very well organized and looking out for his client at all times, Bill would never steer anyone wrong. He is honest and worked with integrity. Truly a man of excellence" - JG

★★★★★
" I am pleased to recommend Bill to anyone wishing to make a sale or purchase of residential real estate in Greenwich and surrounding areas. Two years ago Bill led us in the sale of a high-value home in Greenwich, and did so with the greatest of tact and grace. Bill is a discreet and effective marketer, thoroughly professional and polished. But what I think sets him apart most notably is his encyclopedic command of up-to-the-minute facts, figures and analysis of trends. I felt like he had our best interests at heart. In short, he's "good people" and very good at what he does" - ML

★★★★★
" Bill has assisted us in buying and selling a number of residences in Greenwich. No one knows the market and subtleties of the various Greenwich sub markets better than Bill. He can not only focus you immediately on the best opportunities for your purpose, whether buying or selling, but he will give you a full insight into the competitive properties and their key characteristics. If you want to optimize the price and other decision factors when dealing in Greenwich residential Real Estate, Bill is the best" - DK

★★★★★
" We love our home and it wouldn’t have been possible without Bill. His combination of encyclopedic market knowledge and old world charm were a joy to work with. We enjoyed unbelievable client service that extended way beyond the norm and benefitted enormously from his honest assessments. If buying or selling a home I would be delighted to work with Bill again. A real gentleman" - MA

★★★★★
" Bill has been an invaluable part of my home buying experience. He is a consummate professional every step of the way. What I appreciate most about working with Bill is his post-sales behavior. Since having signed contracts and moved into my new house, Bill has continued to reach out and ensure that everything is up to standard and above expectations on a monthly cadence. He continues to serve as a liaison between myself and the original home owner to assure a smooth transition, even though the technical job has since ended. Moreover, Bill worked quickly and efficiently and got multiple bouts of praise from our legal team for his diligence. I highly recommend Bill for anyone interested in purchasing a home in or around the Greenwich area" - LK

About Bill
Bill Andruss is one of the top residential real estate brokers in Greenwich, and has represented his clients over the past 30 years. The personal integrity that he brings to the business, as well as a professional approach, has earned him a stellar reputation.

Year in and year out, Bill is sought after by clients in all price ranges of the Greenwich real estate market. His clients include affluent families worldwide, the financial community, celebrities and corporations. As an advocate and an advisor, his strong market knowledge enables him to price, negotiate and successfully market homes on every level..

When clients select Bill as their representative, they gain his negotiating expertise, reputation for honesty, hard-working approach and vast experience on the entire spectrum of the market. His communication and presentation skills differentiate him from the competition..

Bill has been the listing agent for numerous premier properties in Greenwich, including the 40-acre Rockefeller estate known as Ashwood; Treetops, the famed estate of the colorful torch singer and Broadway star of the 1920s, Libby Holman; and Greyledge, the prominent Bolling home, one of the properties featured in The Great Estates of Greenwich..

In 2012, Bill listed Clifton-on-the-Sound and Beechcroft, two of the top 10 sales that year. In addition to selling the highest priced single-family home in Greenwich in 2013 for $25,000,000, Bill’s sales volume placed him as the #4 agent in the entire Town of Greenwich..

In November 2020, he was both the listing agent and selling agent for Round Hill Manor (formerly known as Dunnellen Hall), the extraordinary 40-acre Great Estate, which sold for $16,500,000.

For many years, Bill was the co-host of the weekly radio real estate show "The Live-In-Greenwich Real Estate Hour."

Prior to becoming a broker, Bill was a world-ranked professional squash player travelling the globe and participating on the pro circuit. During that time, he was the captain of four USA teams, and he was one of the founders of the National Training Center, a camp designed to showcase and develop the country’s top juniors..

Bill earned a Bachelor's degree in Business from Fordham University in New York, and he and his wife have been residents of Greenwich since 1986.