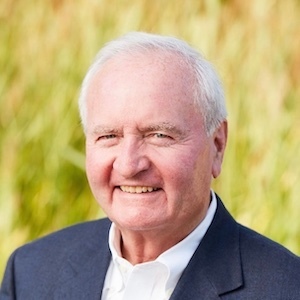 About Bill
Bill is recognized as a consistent Top Producer throughout the South Shore. He has distinguished himself as a multi-million dollar real estate broker in every category. Bill has been the “Number One” Broker in Cohasset for several years. In the past five years, he has sold more than one hundred million dollars in property in Cohasset, Hingham, Hull, Scituate, Norwell, and Duxbury, earning Bill the “Top Three” ranking in sales for these combined towns throughout the entire Plymouth and South Shore Board of Realtors®, an extraordinary accomplishment!

A real estate broker for over 25 years and a resident of Cohasset for over 30 years, Bill previously lived in Scituate for four years. He is a graduate of Boston Latin School and Saint Anselm College, Bill and his wife, Betsy Reardon Good, a teacher at the South Shore Community Center Nursery School, are the parents of three grown children. They have successfully renovated several of their principal residences in Scituate and Cohasset as well as having coached many others in a number of significant commercial and residential developments. Bill has been personally involved in a number of design-build-renovation projects that have been acclaimed by those communities, including the historic Black Rock House and Ocean Meadow.

Bill’s unique ability to realize maximum value for both buyers and sellers has brought him a loyal following over the years. Additionally, he has been actively involved in youth, civic, and Town Government activities for over 25 years. He was appointed to the Personnel Committee in Cohasset in 1983 and elected to three five-year terms on the Cohasset Planning Board, serving from 1989 through 2004. He also served on the Town’s Growth and Development Committee. Bill served again as a member of the Cohasset Planning Board in 2007 and 2008.

An outdoor enthusiast, Bill grew up in West Roxbury and spent summers at Green Harbor Beach in Marshfield. A parishioner at St. Anthony’s Church in Cohasset, he is also a member of the Cohasset Historical Society, South Shore Art Center, South Shore Community Center, and the Cohasset Yacht Club.

Bill’s in-depth knowledge of land use, planning, zoning regulations, and both new and used construction issues allows him to assist buyers and sellers whose approach is to look at their real estate search more comprehensively. Working with Bill provides clients with excellent attention to detail and truly unique experience based on his thorough knowledge of the South Shore real estate marketplace and his passion for helping people achieve their goals.

Bill looks forward to sharing his experience with you!