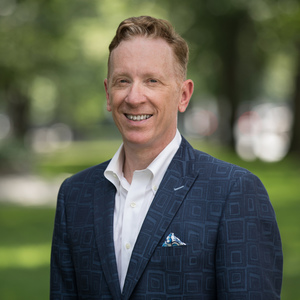 Lexington Youth Soccer Coach, Hot Stove Cool Music benefit
About Bill
A resident of Lexington since 1994, it was a mix of the town’s lifestyle and architecture that drew Bill to real estate as a second career in 2001.

Bill graduated from the University of Massachusetts Amherst in 1989. The band that he had started with some school friends was already to a record label, so they decided to ride that wave. 10 years and six or seven records later, Buffalo Tom were well established as international recording and touring artists. But as they reached their 30s, it was also time to settle down a bit. They still play and record music to this day, however, 30+ years later.

Bill has always loved the area as a respite from the road, while only being a 20-minute drive into Cambridge and Boston. But as the kids started arriving, he also came to appreciate the great schools for which the town has long had a well-deserved reputation. He also has nurtured an interest in the town’s wide range of significant historic architecture, from colonial-era Saltboxes, to the pioneering mid-century modernism of the Six Moon Hill, Peacock Farm, and Five Fields neighborhoods.

In 2005, Bill formed a and marketing partnership with John Tse. As a and marketing team, they are consistent top producers and often the top team in Lexington. Janovitz & Tse list and sell in most western suburbs and cities, from Cambridge outward along Routes 2 and 128. The team is also pleased that they are regarded as the top specialists for Mid-Century-Modernist houses in Boston’s western suburbs. In fact, they receive calls from sellers of these homes from all over New England and from interested buyers literally from around the world. But they are well-versed in all architectural styles and price ranges, from modest Capes to new construction.

He served for a couple of years as a member of the Greater Boston Real Estate Board’s Mediation/Ethics Panel as well as being a member of the William Raveis Technology Advisory Committee.

Bill’s extracurricular interests include music (naturally), and he is a published author (The Rolling Stones: Exile on Main Street, Continuum Books [2004]; Rocks Off: 50 Tracks That Tell the Story of the Rolling Stones, St. Martin’s Press [2013]). He loves literature, film, time with his family, and cycling (loves the Minuteman Bikeway that runs the entire length of Lexington). He also wrote a blog about real estate for Boston Magazine’s revamped “Boston Daily” web site.

Bill is deeply involved as a team member and co-organizer of the bi-annual Hot Stove Cool Music benefit for the Foundation To Be Named Later. Commencing in 2001 and usually hosted by Baseball Hall of Famer, Peter Gammons; Red Sox General Manager Theo Epstein; and actor Mike O’Malley, this highly successful event has contributed many hundreds of thousands of dollars yearly to local youth and homeless-related services such as the Home for Little Wanderers, Horizons for Homeless Children, and the Red Sox Scholars and Peter Gammons Scholars. As a musician Bill has performed at almost all of the Boston events and the inaugural Chicago event and consults on booking talent, co-ordinating the event, and working with sponsors.

For more information about Bill’s musical and other interests, please visit:

Part Time Man of Rock (a music and essay blog)

Foundation to Be Named Later