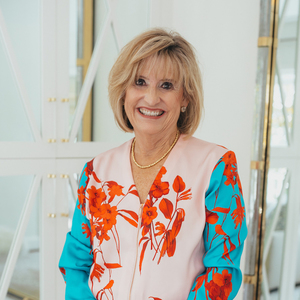 Sales Agent
brenda.ray@compass.com
M: 214-864-9070
About Brenda
After gaining success as a top producer in Dallas, Brenda Ray then learned the hard way how to give her clients the ultimate in service: By relocating with her husband numerous times across the country. She moved in and out of Dallas to Fort Worth, Connecticut and California, and finally back home in 2006 - nine moves over 25 years. With each return home between relocations, she was able to plug back into the real estate business as if she had never left. And with each move, she learned just a little more about how to streamline the experience of buying and selling a house, particularly for those relocating to Dallas.

Brenda hit the ground running as a new agent in 1986, and despite the difficult market of the late eighties, continued to be successful. Her thirty five years of experience has given Brenda invaluable knowledge of the Dallas real estate market, an innate intuition about people, and the undeniable skill as a tough negotiator.

Brenda and her husband Steve enjoy living in Preston Hollow, with their cavalier Gracie. They have three grown children, one in Austin and the other two in Dallas. Brenda is a graduate of Hillcrest High School and the University of Texas. She is an active member of the University Park United Methodist Church, the Dallas Woman’s Club and a sustainer of the Junior League of Dallas. She loves playing golf, gardening, playing bridge and baking with her two granddaughters.

The Meredith Ferrell Group consists of Meredith Ferrell, Brenda Ray, Mackenzie Harper and Catherine McGuire. They specialize in the Park Cities, Preston Hollow, Devonshire, Briarwood, Greenway Parks, and Lakewood neighborhoods and have been recognized by D Magazine and Modern Luxury as a top producing team year after year.