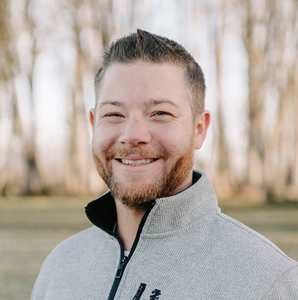 About Bret
Bret Wilkowski was born and raised in Port Orchard Washington. At a young age Bret found his love and passion for being outdoors. Late nights under the lights on a baseball diamond or early mornings to a local lake to see what fish were biting. Bret loved the outdoors. So it was no surprise in 2005, while visiting a high school friend who was attending college in Skagit Valley, he chose to make it his home.

Bret settled in a small town nestled in the foothills of the Cascades and he found a secret that the locals had known for years. "You can be skiing the mountain in the morning, and within forty-five minutes casting your reel into the Bay" -Bret Wilkowski. It was that perfect mix of what western Washington has to offer that made Bret know he'd found his home.

Bret started working for Janicki Industries in 2007. The company was relatively small and as the company grew, so did Bret's responsibilities within the company. His hard work, coupled with his genuine enjoyment of working with people, led him to the leadership role of operations supervisor within JI industries. He oversaw logistics, dealt with time management, and personnel. He credits this experience with knowing how to get the job done, no matter the challenges or time constraints. He enjoys and excels at, working with people from many backgrounds. All of these experiences has led him to want to help people find their next adventure.

Bret knows what it's like to go through the process of buying a home and taking pride in ownership in it. When Bret is not working with his team and client's in real estate. He can be found at his 10 acre country home in east Skagit Valley working on improvements with his wife Aspen. When he gets a break and weather permitting, Bret will be trying to work on his golf swing or out on the water taking in the views.