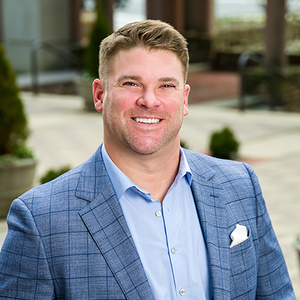 About Brian
As a lifelong resident of the Washington D.C. area, Brian understands the value of relationships, the nuances of the real estate market, and the importance of being a dedicated advocate for his clients. Brian began his real estate career in 2014 and hasn’t looked back. He has been able to increase his annual sales volume each and every year while achieving several distinguished honors along the way. His success is due to his high level of professionalism, persistence, strong work ethic and a long tradition of trust.

Brian attended The Bullis School in Potomac, Maryland, where he excelled at football, wrestling and baseball. After graduating Brian went to Lock Haven University in Pennsylvania where he pursued his degree in education and played football for the Bald Eagles. Brian received many accolades while at Bullis and Lock Haven but the one that makes him the most proud is receiving the Michael Ivey Achievement Award – which recognizes a student athlete that shows the true value of life, leadership and success, while demonstrating the determination to be successful and to provide leadership within the community.

Brian used his degree to go back to Bullis and become a teacher, coach and athletic director. While it was hard for Brian to leave his students and players, he found his way into real estate and quickly discovered that his background as an educator has given him the tools and techniques to better communicate with his clients, set CORRECT expectations, find the fundamental desires of his clients, and come up with a solid game plan for each unique transaction.

Brian is married to his wonderful wife Allison. They have a young daughter Skylar who attends a local Catholic school in Bethesda. Brian relishes time at home with his family, but also enjoys skiing, traveling, attending his daughter’s sporting events, playing basketball, and watching his hometown sports teams play.