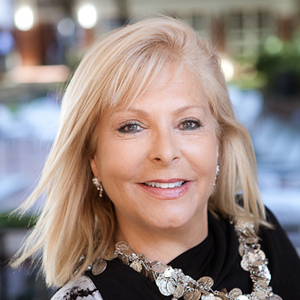 Cambridge arts-and-crafts townhome with three fireplaces drops for $3.2M
Compass RE Benefits from Cambridge Rival's Agent Exodus
Bell and Fandetti townhouse in Cambridge drops for $950,000
On the Market: A Colorful Coop in Cambridge

Carol Kelly has been part of the Cambridge real estate community since 1981, spending the past 34 years at Hammond Real Estate and now is a Senior Vice President at Compass. Raised on Greater Boston’s North Shore and a Cambridge resident since 1980, Carol retains strong family and friendship roots in the area. After graduating from Mount Holyoke College with a liberal arts degree, Carol spent four years in the retail industry before turning to real estate. She is the Executive Head of Development for the Cambridge Community of Realtors, a former President of the Cambridge Council of Realtors, and the Treasurer of a foundation at the Harvard Medical School and Boston University’s School of Medicine. Her son Christopher grew up in Cambridge and attended Belmont Day School and Buckingham, Browne & Nichols School. He now lives in Los Angeles. When not assisting clients, Carol enjoys skiing, power walking, yoga, movies, and reading. She is also an avid techie and speaks both French and German.
Follow Carol and the rest of the Carol Kelly Team on Instagram and Facebook!
Instagram: @thecarolkellyteam
Facebook: The Carol Kelly Team