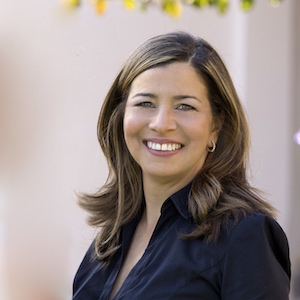 Caroline came to after 8 successful years, including 3 as top producer, in Sag Harbor at Brown Harris Stevens. With 42 closed sales deals in four years, Caroline’s proven track record of finding buyers the right home and helping sellers reach their goals speaks itself. She has an impressive knowledge of the market from Southampton to East Hampton and an uncanny sense of properties that are not yet sale.
Though specializing in period and waterfront homes in Sag Harbor, Caroline is equally adept at selling modern homes, renovations and new construction, throughout the East End. Whether it’s a first time home buyer or a savvy designer, Caroline knows that fundamentally every acquisition is an integral part of an investment portfolio and needs to be regarded as such. Her dynamic drive comes through in every transaction leaving no stone unturned and working tirelessly to negotiate the best possible deal her clients.
A Long Island native, Caroline has lived in Wainscott many years. She holds an MFA in sculpture from the Rhode Island School of Design, and has spent time in London and Rome where she studied photojournalism and architectural photography. A locavore and dedicated vegetable gardener, Caroline enjoys entertaining at home as well as cycling, late-night fishing, and early-morning paddle-boarding in the bays and inlets of Sag Harbor.

Inspired by the Classical summer homes of New England, the Boston design firm Albert, Righter & Tittman created a delightful shingled three bedroom, three bath retreat set on a park-like shy acre surrounded by specimen plantings for privacy. This unique published residence makes an outstanding first impression with a dramatic entrance through its iconic latticework veranda. As you enter into the vaulted and sunlight flooded living room, a wall of windows and French doors greets you, opening onto the wraparound dining and lounging deck overlooking the spacious property. Off to the side is a cozy den with a wood-burning fireplace and built-in bookshelves. There is also a full bath on this level. The bedrooms are located on the lower level, with direct access to the verdant gardens, yard and pool area. The master suite features French doors to a private covered stone patio and numerous closets. The two guest bedrooms spilt a full bath. Additional amenities include two separate garages with a bonus artist loft/potential office space - joining the two garages from above, and exterior storage closets. 17 Deer Ridge Trail is found only one minute away from horse and farm fields and on the quietest cul-de-sac in sought after Water Mill north. 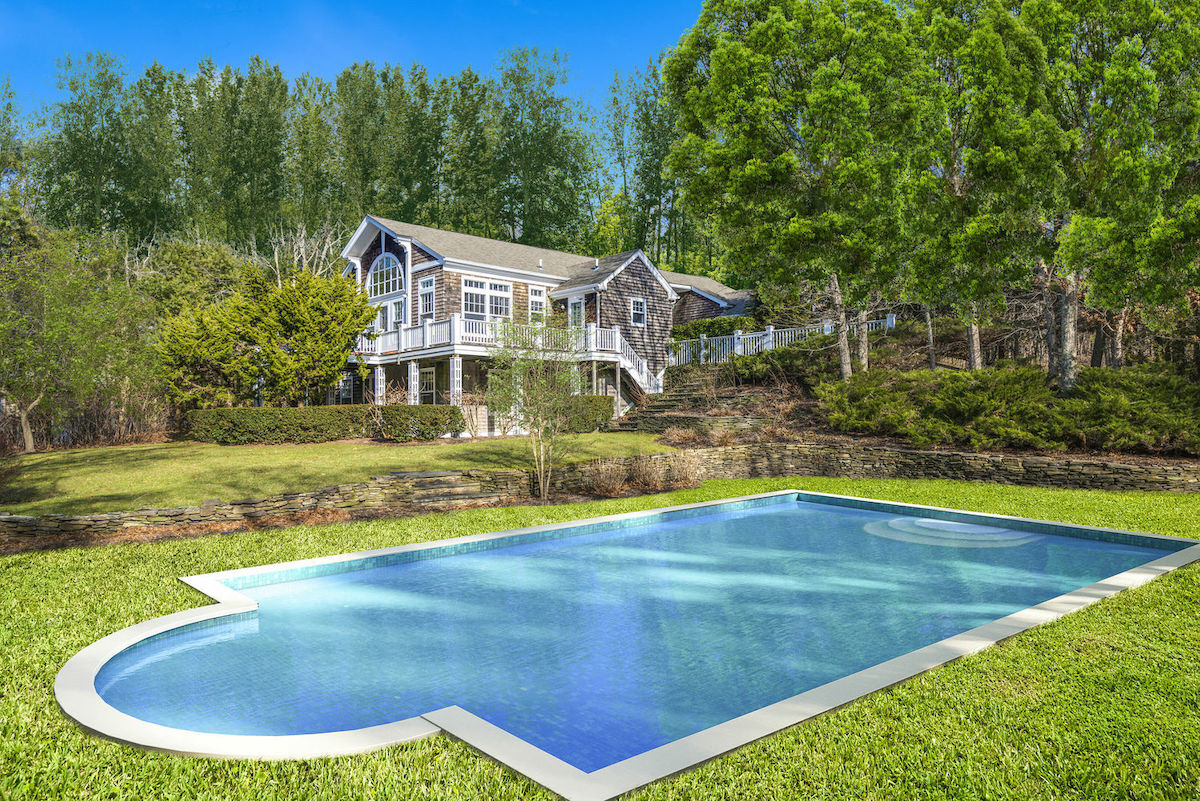 This luxurious 5 bedroom shingle-style Sagaponack residence has been meticulously redecorated throughout by a noted designer. Sophisticated yet playful in spirit and as wonderfully cheerful as can be imagined with 290 feet of pond front along Poxabogue Pond offering breathtaking westerly sunsets. With reserve on both sides and on a very quiet lane, privacy is enjoyed as the entire waterside of the home opens with windows and doors to the let the sunshine stream in. A gracious entry foyer leads directly outside with living quarters to the right and a striking white on white epicurean kitchen open to a double height vaulted barn-style great room with fireplace and dining area to the left. Elegant sunroom with fireplace opens to a patio for alfresco dining. Ground floor master and an elegant master bath and two other guest bedrooms, both of which are en-suite. Upstairs a very private enormous master suite and another guest suite share the spectacular water views. A second living area/study opens to a large balcony where quiet evenings will be drawn out while the sun sets. Completely finished lower level with in-home theater and recreational room/gym, a sauna and steam room, full bath, large wine cooler and double-set laundry room. All this comes equipped with bicycles and a canoe for enjoying the great outdoors. 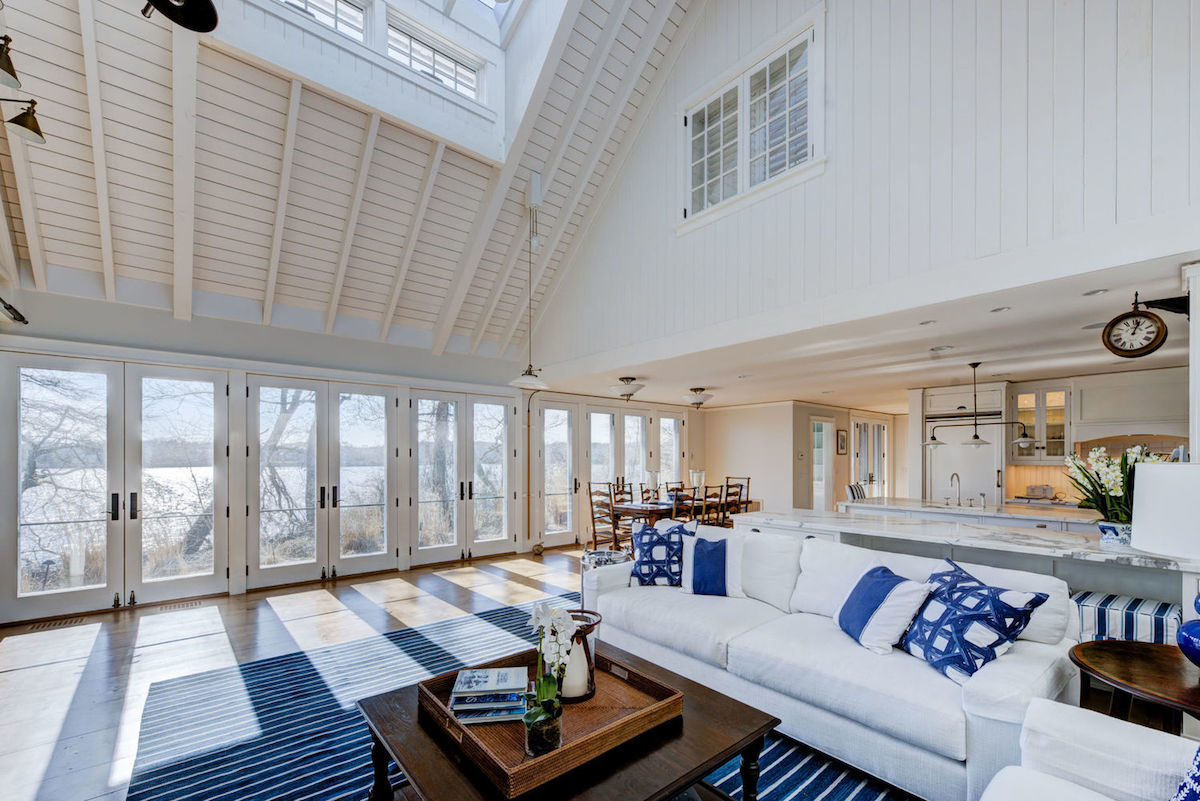