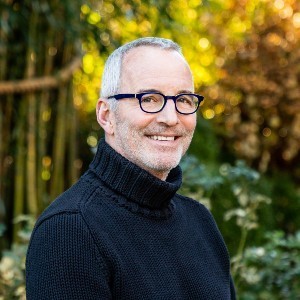 "You and your team have been an absolute dream to work with and I’m super grateful all of your hard work and getting the job done." Ellen Pompeo

"I have been working with Cee Brown and his associates well over 2 years, with the sale of my home in Long Island, which recently sold in a difficult market sector. I specifically volunteered to write this review, as Cee’s services all along have been exceptional. Cee goes the extra mile in almost every respect. His responsiveness to emails and calls is nearly immediate in a world where everyone else seems to be chronically too busy. His ideas are solid and well thought out. He readily makes himself available when needed, as long as needed. He organizes great advertising, in paper and in houses. If this or that is needed at the site, he jumps in to be physically there without hesitating. In short, anyone who chooses to work with Cee to market their home will be getting the best possible representation."

"I knew from our first meeting that you were the one the job. It was a pleasure working with you from start to finish! is lucky to have you and the team."

"Cee handled our complicated sale with a great deal of professionalism and patience."

"Cee is one of the most knowledgeable real estate agents in the Hamptons and consistently exhibits the highest level of professionalism."

"Cee & Jack are thoroughly professional. Their knowledge, good sense & experience facilitated the sale of our property at the bottom of the market under challenging circumstances. They gave soung advice, have great integrity & were a joy to work with.."

"Having Cee & Jack list and sell 2 homes in the Hamptons me, I cannot imagine a more experienced, professional and gracious real estate team! They brought knowledge, insight and patience to the process of buying, developing and selling real estate in the Hamptons, regardless of the market climate. They were always honest and straight-forward and made the process a true team effort. I would highly recommend them for all real estate concerns on the East End!"

"I would highly recommend Cee and Jack as your exclusive broker. They are both highly professional with extensive knowledge of the Hamptons real estate market. They are refreshingly honest and listen to their client's needs. As a local mortgage broker I have worked with Jack and Cee for many years helping finance their client's purchase and refinance needs. Every client has been extremely impressed by their knowledge, experience and professionalism. They know how to find and sell the homes for their client's. I have all the confidence that all their hard efforts and marketing will sell my as well!"

A longtime resident of Sag Harbor Village in the Hamptons, Cee Scott Brown specializes in Sag Harbor real estate but handles properties that range from waterfront to historic houses throughout the Hamptons, from Amagansett to Southampton.

Cee moved full-time to his waterfront cottage in Sag Harbor Village in 1996, when he also began selling Hamptons real estate. Ever since, he has consistently held top-producer status, earning a fine reputation as a waterfront specialist and an extensive following of creative and artistic customers and clients thanks to his 20 years in the high-profile art world.

With his business comprised predominantly of referrals, Cee has a superior track record successfully servicing his buyers and sellers, and fulfilling all their Hamptons real estate needs. Cee and his business partner, Jack Pearson, have been members of Corcoran's exclusive President's Council in 2008 and from 2010 through 2018.

The son of cattle ranchers in the Yakima Valley, WA, Cee moved to New York City in 1977 to take a position at The Museum of Modern Art. He worked in the then- contemporary program of the Museum called The Projects Program. After three years at MoMA, he became Director of the Holly Solomon Gallery where he had the opportunity to work with some of the most exciting and non-traditional artists of the time. Cee was also Director eight years of a pioneering arts organization, Creative Time, that presented all forms of art in public venues. He concluded his two decades in the art field with his last stint running the Art Matters Foundation and spearheading the successful Art Matters Catalog, which featured merchandise and artworks by well-known and emerging artists. All profits went back into the foundation to be granted to younger and more challenging visual artists across the U.S.

Cee served as chairperson of the Sag Harbor Historic Preservation and Architectural Review Board for many years. He stepped down mid-2015 at the end of his current term. He has spent time working with the Parrish Art Museum in Southampton, and in May 2015 was elected to the Board of Trustees for two years. Cee enjoys international travel, particularly SE Asia where he journeys every year. Recently Cee and his husband John Bjornen purchased a small ranch in northern Sonoma County and are developing a winter and sometime-weekend residence there, perched high on a hill overlooking the Alexander Valley, vineyards and the Russian River.
Spotlight

The Real Deal: A top Corcoran team in the Hamptons bolts for Compass

One of the Corcoran Group’s top-producing teams in the Hamptons has defected to Compass. Cee Scott Brown and Jack Pearson, along with team member Jeremy Dunham, worked in Corcoran’s Bridgehampton and Sag Harbor offices. With $500 million in sales in the past 5 years, they were Corcoran’s No. 1 team in the Hamptons as recently as 2017. 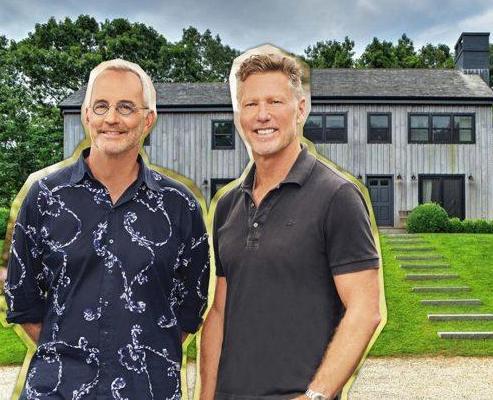 Built ca. 1693 in Sagaponack then moved to Union Street, this charming historic cottage is believed to be the oldest house in Sag Harbor Village. The original structure revolves around the current living room and dining room, featuring exposed beams, glorious wide plank floors and two working fireplaces. This home could not be more cozy and charming. There is a full bath and bedroom on the main floor and an ensuite bedroom and bath upstairs. The kitchen has been updated and is filled with light through the skylight and southern exposure. The wonderful separate climate controlled studio has radiant heat under the brick floors and a full bathroom. The property is .17 acres, totally cleared and currently investigation is being done to see if a small pool would be possible. Super close to all that Sag Harbor has to offer--shopping, restaurants, the Bay Street Theater and the sandy Sag Harbor Bay beaches. 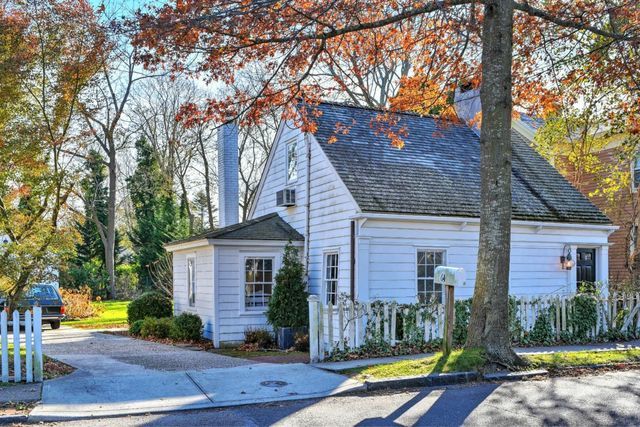