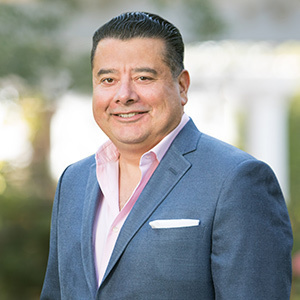 Cesar has been a licensed real estate agent since 1999, specializing in San Francisco and East Bay properties and has brokered nearly every property type -- including homes, condos, multiunit, mixed-use, office, and new construction. He has consistently been a top producer since entering the business and has garnered many awards for his outstanding achievements and high level of service.

Cesar started his real estate career with Sapunar Realty in San Francisco, where in his first year he was awarded Rookie of the Year, and in his second year was acknowledged as one of the company’s top performers out of 60-plus agents. Subsequently, Coldwell Banker acquired Sapunar and Cesar consistently ranked amongst the top agents, receiving the company’s prestigious International President’s Elite award, which placed him in the top 5 percent worldwide out of some 140,000-plus Coldwell Banker agents.

Cesar credits his hard work ethic, honest dealings, respect for people, and his tireless and enthusiastic effort on behalf of his clients for his success.  He also is an excellent negotiator and creative thinker, consistently finding logical and effective ways to make things happen while representing his client’s best interest all of the time.

Cesar believes that the use of technology and the Internet is critical for the effective presentation and marketing of real estate. He leverages his keen understanding and knowledge of technology to successfully present the properties that his clients wish to sell. Cesar believes you must give careful consideration to choosing a realtor to represent you, since all realtors are not equal. Furthermore, he believes that the most important decision you make in the sale and purchase of your home is the agent in whom you place your trust and property.

Prior to real estate, Cesar worked in banking and also was a sales leader for a London-based software company. Born and raised in San Francisco, Cesar is a graduate of St. Cecilia grammar school, St. Ignatius College Preparatory, and the University of San Francisco, where he graduated with a bachelor’s degree in business.

Cesar and his wife have three boys.