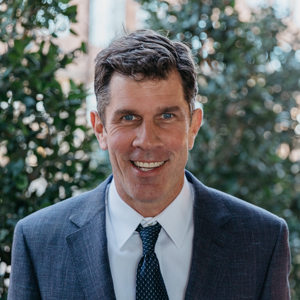 With a reputation of being one of the hardest working agents in the industry, Chad Collins leads a team of seasoned real estate experts who offer unsurpassed market knowledge, on-going communication and access to leading-edge real estate technology. Consistently ranked as one of the top producing teams in DFW, Chad Collins has sold over 2200 homes and secured over $850 million in closed transactions. He has been recognized nationally by The Wall Street Journal Real Trends as one of the Top 250 Teams in the nation. In addition, Chad has been repeatedly named by D Magazine and 360 West as a Top Real Estate Agent in DFW. With 18 years of industry experience, Chad was awarded the Top Producing Team the past eight years at his previous brokerage. Chad's attention to detail and daily dedication to his clients, combined with his competitive drive and enthusiasm to exceed expectations has ensured this outstanding reputation in the real estate industry.
Raised in San Antonio, Chad graduated from Texas Tech University where he was a four-year letterman in basketball for the Red Raiders. Chad has lived in the DFW Metroplex for over 20 years. Prior to real estate, he was a high-school basketball coach. Chad has been married to his wife Jill for 23 years and is the proud father of two beautiful daughters. In his down time, Chad heads to the sand and sun and enjoys time at his house in Santa Rosa Beach, Florida.