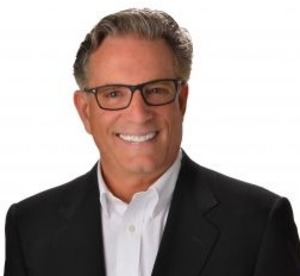 DRE 00670728 | Pence Hathorn Silver
charles.pence@compass.com
M: 310-403-9238
O: 310-500-1260
About Charles
Co-Founder of Pence Hathorn Silver (PHS), Charles Pence is recognized both for shaping the boutique firm's "Gold Standard" approach to selling real estate as well as being a fixture in his community. Specializing in the neighborhoods of Brentwood, Santa Monica, Pacific Palisades, and Malibu, Charles is not only considered as one of the most distinguished agents in Los Angeles' coveted Westside—contributing nearly four decades of experience and leadership—but is consistently honored as one of the top 1 percent of all agents internationally.

Along with his partners John Hathorn, Lorraine Silver and Brett Silver, Charles leads a top-producing real estate team within Compass, a brokerage comprised of 240 associates with local and global reach and established as #1 in Santa Monica sales in 2016. PHS opened the brokerage's flagship Santa Monica office located on Montana Avenue in 2012 and over the last four decades they have sold over 3,500 homes, apartment buildings, and condominiums in excess of $3.3 Billion. In Charles' eyes, building a successful and highly respected business from the ground-up remains his greatest professional achievement.

"It's rewarding to look back at what we have created but far more exciting to see what our team can accomplish in the future, for we will never be done building our business."

A mentor at heart, Charles thoroughly enjoys being called upon for his advice and assistance by both new and experienced associates. He is constantly energized by the personalities that he gets to work alongside and rarely declines an invitation to help somebody unlock their potential. Most recently, Charles has been involved in the process of building homes, a specialty that stems from his fascination with creating spaces that go beyond function to become somebody's home—their sanctuary from life.

A longtime resident of Santa Monica with his wife and two sons, Charles is intimately familiar with all facets of the coastal town and regularly contributes to his firm's quarterly magazine, "Santa Monica DIRT". Originally from Seattle, Washington, Charles played both soccer and rugby for the University of Washington—go Huskies!—before relocating to Los Angeles to pursue acting and modeling.