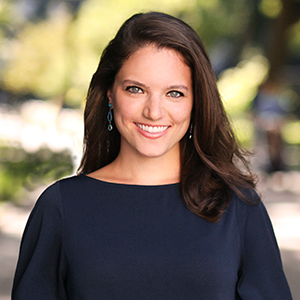 About Christina
Christina utilizes her sharp organizational skills and diversified career to manage team operations and projects. Having begun her career in small business operations, she was afforded the opportunity to work directly with senior level executives where she cultivated her vivacious persistence, sincere diplomacy, and hard-working creativity across a wide variety of functions including corporate events, marketing execution, human resources, and business development.

She further honed those skills during a two-year stint at a local nonprofit where she created and managed a grassroots outreach program that yielded a substantial increase in exposure and financial support for the organization. Her impressive ability to think clearly, work efficiently, and relate empathetically led the CEO of a company she worked for to say she was an exemplary part of the company’s culture.

With a father in the military, Christina spent her childhood in Germany, Italy, South Korea, and Switzerland. She has a keen appreciation for the city’s cultural diversity and has lived in three of the five boroughs where she enjoys riding CitiBike without a helmet, learning the conga drums, and laughing the loudest at improv comedy shows.