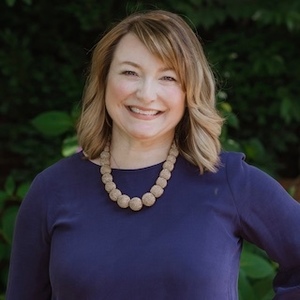 Coral is more than a seller of homes, she is an enthusiastic and generous doer who has complete empathy the people her life. She's been described as tenacious, direct, curious and loyal. She expects the best from people, most of all herself, and this is quite a super power in real estate. She is a tenacious advocate for her clients and hyper focused on ensuring they are in the best hands.  Having a childhood that began in Las Vegas, stopped over in South Africa and ended in a small town in Southern Arkansas, prepared her not only understanding the complex emotions involved in moving, but helped her become a sponge to learning and thriving in drastically different cultures. The diversity of her friends, foods and client base is all an amazing dividend of this unique path as a child.
For 20 years, Coral has been a happy Arlington resident and homeowner, selling real estate since 2004, driving and walking the streets, trying to learn the method to the madness of the street names, finding the best way to get from Arlington to Oakton and back during rush hour, exploring the parks with her kids and dog and hiking the trails along the Potomac whenever possible. She is blown away by the beauty of this area and an enthusiastic ambassador living in Northern Virginia. When she is not obsessing about real estate or her family, she's likely to be found walking her dogs through Tuckahoe Park, and around her beloved neighborhood of Williamsburg, dining al fresco, shopping or listening to Heavyweight, Brene Brown or Pod Save America.
Coral knows the chaos of moving can be unsettling, but she understands that home can be anywhere life leads you, and helps people find where they're meant to be. Whether it's first time homebuyers, move up sellers and buyers second or third homes, downsizing sellers, or investors, Coral will navigate the complexities of the Northern Virginia real estate market you with a direct approach, sense of humor, and great dose of reality.
She's been recognized by Arlington residents as a Top Vote Getter in the Arlington Magazine Best Real Estate Agents poll for 3 straight years, RealTrends/ WSJ The Thousand as one of the top ranking agents in the nation for the last two years, listed by Washingtonian Magazine, Northern Virginia Magazine as one of the area's best agents for multiple years as well. She was named as a most influential agent in the nation and recognized her innovative approach to real estate by Inman News in 2017.  Coral gives back by donating regularly to Path Forward, Culmore Clinic, La Cocina, AFAC, WAMU, volunteering with animal rescue organizations (and a proud mom of 4 rescues - 2 cats and 2 dogs), and at her kid's school. She is a regular top sponsor of the Jennifer Bush Lawson Foundation 5K. When you work with Coral, you know your money is being reinvested into the community.
John Gundlach, who she met in Detroit while they both worked at Young and Rubicam, is her better half, personal ad man, and has been by her side supporting her dreams since 1997, and keeps her clients well fed with somewhat famous home made chocolate chip cookies. After moving to San Francisco and getting married in Sonoma, they moved to DC and they live in Arlington with their two teen sons, Jackson and Logan, dogs Phoebe and Chloe, and cats Harry and Tony.