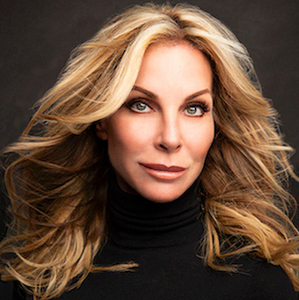 "Working with Cindy Ambuehl was joyful, efficient, and produced results! From the moment we met, Cindy truly “saw” our needs and desires, and within days she gave us data on pricing for our property, showed us our dream home, and supported us to make an informed decision on next steps. Her team was impeccable, helping us prepare everything from staging our home to financing options to buying and selling in the most efficient time frame. Cindy helped us reimagine our entire life plan - and we have a new home for our family and friends for years to come. We could not be more grateful." -Mallika & Sumant

We could not be happier with Cindy. Her knowledge and expertise are truly unique, combined with great people skills. She answer your call at any time or place, or will get back to you the second she has an opening. That is something we really value in a real estate professional, where so much is about timing and responsiveness. Cindy is as good as it gets. -Mikkel

"I have never worked with an agent who was more thoughtful and concerned with my interests above all else. She was incredibly patient as I looked at home after after home, for almost a year, waiting on the perfect property. When we finally found my dream property her tenacity and professionalism combined to get me a deal I never thought possible. Cindy is truly first class" - Rob

"I’ve had the great pleasure of working with Cindy as both a buyer and seller. First of all, I have never met anyone more passionate and dedicated to doing a fantastic, thorough, professional job, all while keeping a great sense of humor and staying perfectly lovely and graceful under fire. She is always going the extra mile- I honestly don’t know if she sleeps. But enough of the gushing, the bottom line is that Cindy pulled off what I consider my own little miracle- I was caught in a bidding war with 3 other offers, 2 of them cash (neither of them mine!). I couldn’t go higher and was tapping out when Cindy pulled out her secret weapon- something she uses as a genius negotiation in just such cases…..I would tell you what it is, but then she’d have to kill me. Suffice it to say, I am happily living in my dream after Cindy’s bargaining prowess won the day and the bidding war! She was equally fantastic representing me as a seller. I feel so thankful to have had her at the helm, and I think this is where her years of expertise really pay off, because she is able to take what could be a very stressful time, and make the millions of little things that can go wrong, go right…. and all without batting an eyelash. She is worth her weight in gold as a professional and a friend." - Eva

"You could not find a better realtor in all of Los Angeles than Cindy Ambuehl. She is a dream to work with. She is dedicated, knowledgable, thoughtful, and patient -but strong. And nobody could have worked harder to find me the perfect new and sell my previous property. I would recommend her and her team to anyone and everyone in a heartbeat!!!" - Rosellen

"I had the pleasure and privilege of working with Cindy in both the sale of my home in the Palisades and the purchase of my new home. She is quintessentially professional as well as wonderfully personal. I can’t think of a better person to navigate through what can be an exciting but stressful time." - Donna

"In life, to be exceptional, one needs to be passionately committed to what they are doing. Cindy is that and more. Her performance and results far exceeded our expectations. Cindy has that perfect balance of market knowledge and professionalism while maintaining the highest standards of integrity. These qualities are only outmatched by her heart. It was a privilege to work with Cindy and we highly recommend her!" - Susan and Rick

About Cindy
Cindy Ambuehl is arguably LA’s most sought-after real estate professional, consistently ranking as a top producer in one of the world’s most competitive luxury markets while retaining the trust of the area’s savviest homebuyers, sellers, and fellow agents. A familiar face who spent 20 years in the entertainment industry as a prominent actress and model, Cindy now leverages her natural ability to connect with people—not to mention her impressive capacity for negotiation and executing mutually rewarding business deals—as a full-time agent, helping clients buy and sell the most luxurious properties the greater Los Angeles area has to offer.
A longtime resident of Los Angeles, Cindy’s extensive knowledge of the area’s most coveted luxury communities also played a role in driving her rapid career trajectory. But what continues to set her apart is her unwavering work ethic, along with her tenacity and drive. In the early days of Cindy’s real estate career, when the real estate industry was at one of the lowest points in recent memory, she still managed to rank among the top 1% of real estate professionals nationwide — and she’s only gained momentum since.
In 2020, she closed over $200 million in deals during the height of the global pandemic. Cindy continued to raise the bar and increase her sales volume in 2021, completing over $300 million in sold and pending by the end of the year. She has ranked #20 in California and #40 in the nation as measured by sales volume. Named one of Hollywood’s Top 30 Real Estate Agents by The Hollywood Reporter and recognized by Variety as one of the “Showbiz Real Estate Elite,” Cindy repeatedly earns a spot on Real Trends’ annual “The Thousand” and countless other accolades.
A resident of Santa Monica who, together with her husband, actor Don Diamont, has seven boys, Cindy still manages to find the time to give back. She’s actively involved with several charitable organizations, including Giveback Homes, The Humane Society, and P.S. Arts.