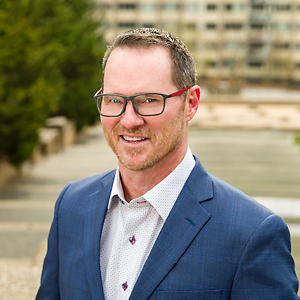 ​ ★★★★★
"I have been buying and selling real estate for almost fifteen years and the 2 Rivers Team has been the best real estate group I have worked with, producing superb outcomes. They not only produce the best results but they are very down-to-earth, fun and personable. They are not the average agent and offer true value with their experience, knowledge and services. I always felt they were working in my best interests and would be happy to recommend them to others!
- Cara E

★★★★★
"Darren was great in every way! I am a first-time homebuyer and had absolutely zero knowledge about the process. I’m the youngest in my family, my parents bought their homes decades ago, and my siblings purchased long before I was willing to pay attention. Daren and his team were super knowledgeable about every step in the home search process, and we’re always patient with some of my very basic questions. Daren and his team were all on hand to walk me through the home search process and were open and honest with their insights about the potential shortfalls and benefits of many properties. During a very busy time, they were more than willing to show a new home and often reached out when they’d seen a listing that fit my criteria. I would highly recommend Daren to my friends and family (and to you!) and will definitely use him for again in the future. "

About Daren
Daren Phillips grew up Charlotte, NC and discovered early on that he thrives on challenge, forever strategizing how to overcome obstacles and achieve his goals. An athlete by nature, Daren has found himself running in four marathons, including one on The Great Wall of China, six 200-mile relay races (yes, six), including the ultimate relay race from the timber line of Mt. Hood Oregon to the sea, “Hood to Coast”. He often (just ask his partner) says, giving credit to his mother, “As a junior in high school, my mama was finally able to purchase her first home. Through her, I saw first-hand what it means to dedicate yourself for years to a goal and never waiver until you’ve arrived. The look in her eyes when she was handed her keys for the first time is impossible to describe. This was her own personal ‘marathon’ and she just crossed the finish line.” And so, the real estate seed was planted.

As an adult, Daren lived in Atlanta, Los Angeles, and Austin working on various political campaigns, making the District of Columbia a natural place to eventually call home. In 1996, after working on Harvey Gantt’s 1996 Senate race in North Carolina, he moved to the District to work for the Victory Fund PAC and then at the United States Trade Representative’s Office as the Director of Scheduling.

Years before Michelle Obama and the “Let’s Move” program, Daren and Dan Barlow, head trainer for Real Salt Lake City, a professional soccer team, created a boot camp called Body Recondition. Daren was the star of that boot camp for 12 years and strengthened not just other peoples’ bodies, but also his own devotion to improving lives in every career choice he has made, from politics and government to physical fitness and real estate.

Daren uses his perseverance and motivational personality to pro-actively address issues before they become problems. Co-workers have joked that Daren probably runs to the top of the stairs of a four-story walk-up cheering on his clients with a bottle of water and a protein bar. When it comes to considering the emotional aspect of the buying and selling process for his clients, he always asks himself one very simple question, “How would I feel if I were in their shoes?”

Daren holds a BA from Winthrop University and thinks his dog, Sadie, is just about the sweetest thing on the face of the earth.